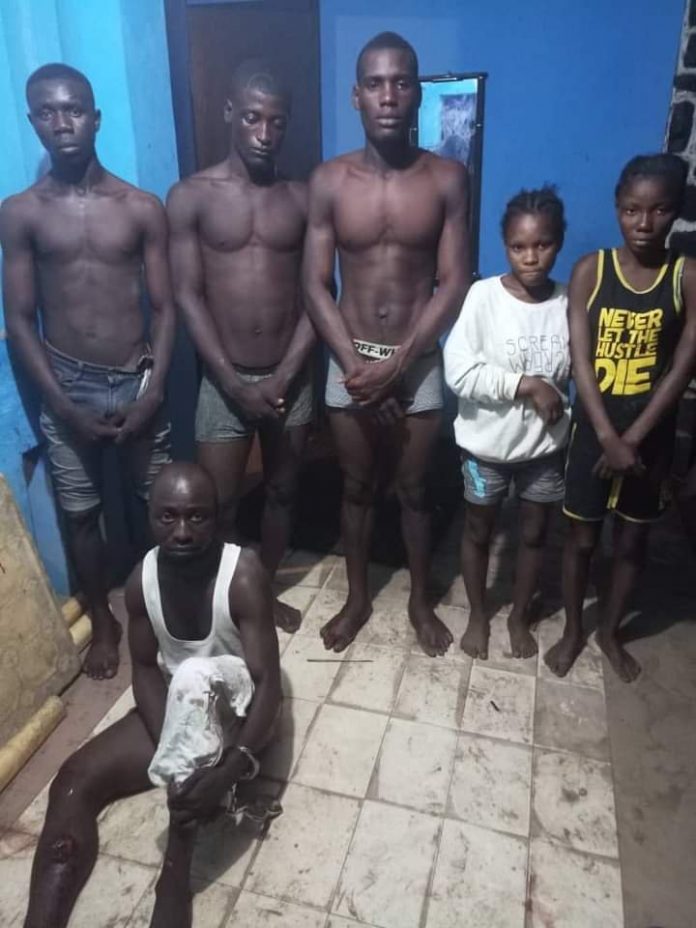 Following a tip-off, the Imo State Police Command has arrested a notorious five-man kidnapping syndicate that has been terrorising the State recently.

Mr Abbatam revealed that the gang was busted after a lady identified as Cornelia Oluebube was kidnapped by unknown gunmen on the 3rd of July, 2021 and taken to an unknown destination.

Intelligence gathering led the tactical squad of the Command to Delta State where the suspects were arrested.

“The Imo State Police Command has smashed a notorious kidnapping syndicate that have been terrorising the state lately .
On 3/7/2021 at about 0430 hours, one Cornelia Oluebube” F” of Amakohia in Owerri North LGA of Imo State, was kidnapped by unknown gun men and taken to an unknown destination. The Imo State command’s tactical teams, on receipt of the report swung into action. After gathering technical intelligence which led them to Delta State where the following suspects were arrested viz; Terry’s Mez “M” age 31 years of Aguleri in Anambra State, Willine Ebefal “M”age 21 years of Ogbokuno in Burutu LGA of Delta State, Obasanjo Kimakia ” M” age 20 years of Tamime in Burutu LGA of Delta State.

“On interrogation the three suspects volunteered useful information that took the ever active Imo Command’s Tactical teams to Delta State on 19/7/2021 at about 1130 hours , for the rescue of the kidnapped victim. After diligent gathering of intelligence and planning, stormed the hideout of the Kidnappers Den in Tebegbe Water Side in Delta State, and arrested Augustine Irishaye “M” age 21 years , Jenifer Awolowo ” F” age 16 years, and Eyemgblausi Chugbwugburefa age 17 years all of Tibegbe in Burutu LGA of Delta State . The victim, Cornelia Oluebube ” F” who was kidnapped in Owerri was rescued unhurt. While the Tactical teams were escorting the suspects out of their hideout, one Terry Mez “M” took to his heels and was shot on the leg to prevent him from escaping from lawful custody . On arrival back to the command, the escaping suspect was taken to The Nigeria Police Hospital Amakohia, Owerri Imo State while, the victim was formally reunited with her parents by the Commissioner of Police.

“The Commissioner of Police, Imo State Command, CP Abutu Yaro, fdc , commended the efforts and gallantry displayed by the command’s tactical teams in the rescue of the kidnap victim. And reiterated the unwavering commitment of the command to neutralise all criminal gangs in the state.