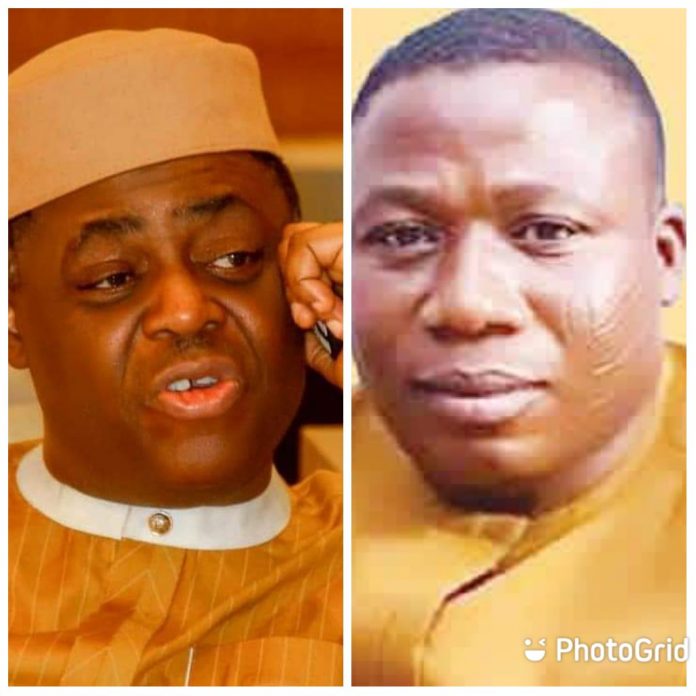 The Former Aviation Minister Femi Fani Kayode has called on the authorities of Cotonou, the Benin Republic to respect the civil rights of Yoruba activist, Sunday Adeyemo popularly known as Sunday Igboho.

He made this known on Wednesday through his official Facebook page after the arrest of Sunday Igboho was reported on National Dailies on Tuesday.

FFK maintained that Igboho should be treated with decorum and protected under international laws and protocol including the African Charter on Human and Peoples’ Rights which the Benin Republic is a part of.

He also reminded them that the world was watching and urged the government of Benin to be fair in their actions.

“I call on the authorities in Cotonou to respect the civil liberties and rights of Chief Sunday Adeyemo (Sunday Igboho) and I call on them to treat him with respect and decorum.

“Those rights are protected under international laws and protocols, including the African Charter on Human and Peoples’ Rights to which the Benin Republic is a signatory.

“The Beninoise Government must be fair in their actions. Igboho must not be denied access to his doctors and lawyers and he must not be tortured, brutalised, humiliated or treated with contempt.

“The whole world is watching and we shall continue to monitor the events with concern and keen interest.”

The Buhari-led administration has come under heavy criticism following the arrest of the popular Yoruba activist Igboho whose agitation started after the killing of citizens by killer herdsmen in Yorubaland.