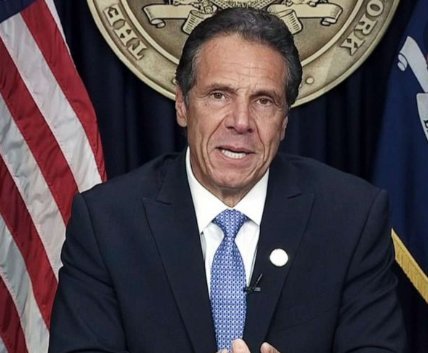 The New York governor, Andrew Cuomo, has resigned following an investigation by the state attorney general that found he sexually harassed multiple women, most of whom worked for him, and also retaliated after some made complaints.

According to New York state Attorney General, Letitia James, the result of the independent investigation, filed in August, painted a “deeply disturbing yet clear picture” of Cuomo’s behavior.

In at least one instance, investigators found that the governor and his senior team actively retaliated against a woman who accused Cuomo of sexual harassment.

“Gov. Cuomo’s administration fostered a toxic workplace that enabled harassment and created a hostile work environment where staffers did not feel comfortable coming forward with complaints about sexual harassment due to a climate of fear and given the power dynamics,” James said.

In a televised address, Mr Cuomo denied wrongdoing – but said he accepted “full responsibility” for offending women through what he said had been attempts at being affectionate or humorous. He said fighting the claims while remaining in office would paralyse state government.

The governor made a public announcement on Tuesday morning, August 10, that he was stepping aside and said his resignation will be effective in 14 days.

“The best way I can help now is if I step aside and let government get back to governing. I’m a fighter and my instinct is to fight through this controversy because I truly believe it is politically motivated, I believe it is unfair and it is untruthful and I believe it demonises behaviour that is unsustainable for society,” he said.