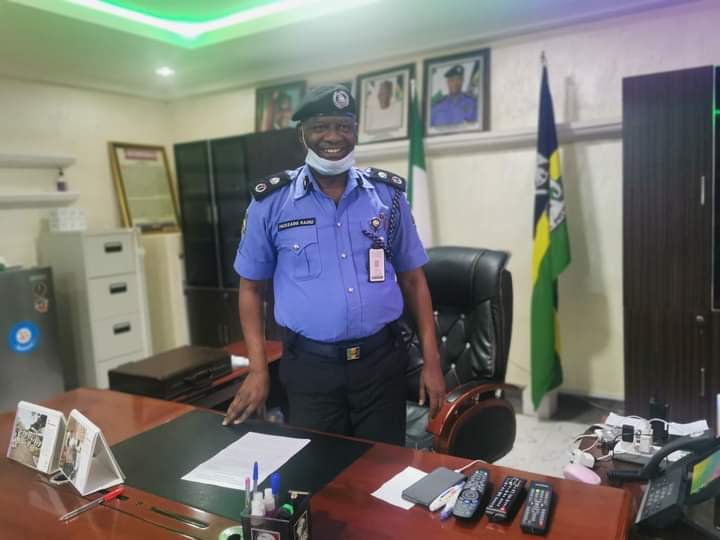 The new Commissioner of Police in Imo State, (CP) Hussaini Rabiu has proclaimed a zero-tolerance for extortion along highways or any other corrupt practices of officers and men of the command, promising that issues of human rights will be taken seriously under his watch.

Hussaini also declared a zero tolerance for crimes and criminalities, promising to take the battle against criminality to the den and hideouts of the criminals.

The CP made these promises during his maiden press briefing at the state police command headquarters, Owerri.

“To this end I want to assure Ndi Imo that any officer who infringes on the right of any Imolite will have me to contend with. In view of this, I implore members of the public to avail themselves of the X-squad and Public Complaints Bureau, domiciled in the office of the Police Public Relations Officer or use the phone number 08037166122 to report any unethical or unprofessional conduct of police officers or any other genuine grievances”.

Hussaini said he met a relatively peaceful Imo State which was made possible by the administrative and operational dexterity of his predecessor, adding that he also met on ground, a group of hardworking, dedicated, loyal and determined officers.

He expressed optimism that with the crop of officers he met on ground, Imo State will continue to enjoy peace and promised that under his watch, the command will ensure that all Imo residents sleep with both eyes closed.

Hussaini used the opportunity to reveal the areas the command under him will focus to include; Partnership with stakeholders in all the communities to guarantee their involvement in the policing of their areas, intelligence led and visibility policing, ensure quick and timely response to distress calls and robust patrol.

The police commissioner said the command under him will continue to partner with all sister security agencies in the effort to ensure tranquility in the state.

Hussain disclosed that he has sent a high powered intelligent team to Izombe to gather intelligence on the perpetrators of the attack on Izombe Police station and to get them arrested for prosecution.