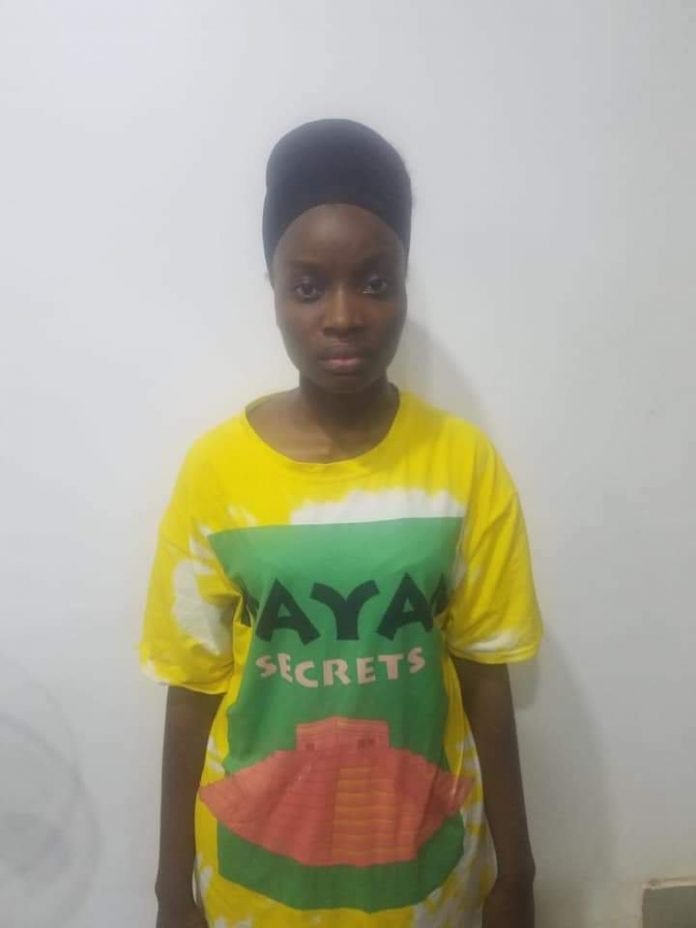 Months after detaining a 21-year-old girl identified as Glory Okolie illegally, the Nigerian Police have accused her of being a spy to the Indigenous Peoples of Biafra.

This happened days after social and human rights activist Harrison Gwamnishu raised alarm on illegal detention and how Gloria was forced to cook for the Police with no formal complaint made against her.

It was reported that Gloria who went missing on the 17th of June and missed her Joint Matriculation Examination Board, JAMB, 2021 has been abused and denied access to her family.

When her parents found out about her whereabouts through a man identified as Izuchukwu Okeke who was also detained at the IRT, the police quickly rearrested him and nobody has been able to locate.

Since her family knew her whereabouts, Revolution Now convener Omoyele Sowore who visited her in the company of a lawyer at the popular Abbatoir in Abuja was denied access.

But shockingly, the Police quickly released a statement accusing her of being a spy.

Operatives of the Nigeria Police Force, working with the Military and other security forces, have arrested one 22-year-old female suspect, Gloria Okolie, for her complicity in the series of deliberate and well-coordinated attacks on security formations, other critical national infrastructure including INEC offices and killing of security operatives in the South-Eastern part of the country. The suspect, a native of Umutanza in Imo State, was arrested following ongoing investigations and implementation of special operation, Operation Restore Peace, to amongst other things, break the information, drugs and arms supply chain to the outlawed Indigenous People of Biafra (IPOB) and its armed wing, the Eastern Security Network in the South-East region.

Police Investigations revealed that Gloria Okolie is a member of IPOB/ESN in Imo State who worked closely with one Benjamin Uzoma Emojiri a.k.a “Onye Army”, one of the ESN commanders earlier declared wanted by the Police for his lead roles in planning, coordinating and executing the attack on the Imo State Police Command Headquarters and Imo State Headquarters of the Nigerian Correctional Service. Her arrest and the revelations from her confession, assisted the Police in the arrest of “Onye Army”, a major breakthrough in the quest to restoring law and order in the South-East region.

Further investigations by the Police team revealed that Gloria Okolie takes advantage of her gender and seemingly innocuous looks as camouflage to carry out espionage against military and police targets on behalf of IPOB/ESN. The suspect also serves as an intermediate person, who receives cash, drugs and weapons on behalf of IPOB/ESN and deliver same to their commanders in their camps. Through her clandestine criminal activities, she actively aided and abetted the multiple acts of murder, arson and malicious damage to both private and public property by the ESN. A lot of the deadly and unfortunate attacks on security personnel and assets, with numerous fatalities, have the imprimaturs of Gloria Okolie, the spy girl of ESN militants. Investigation is being concluded to enable the Police arraign her in court for prosecution.

The Inspector General of Police, IGP Usman Alkali Baba, psc (+), fdc, NPM, while commending security operatives for the unrelenting fight against violent crimes in the country, assured citizens of the commitment of the Force to improving public safety and security and upholding law and order in the country.