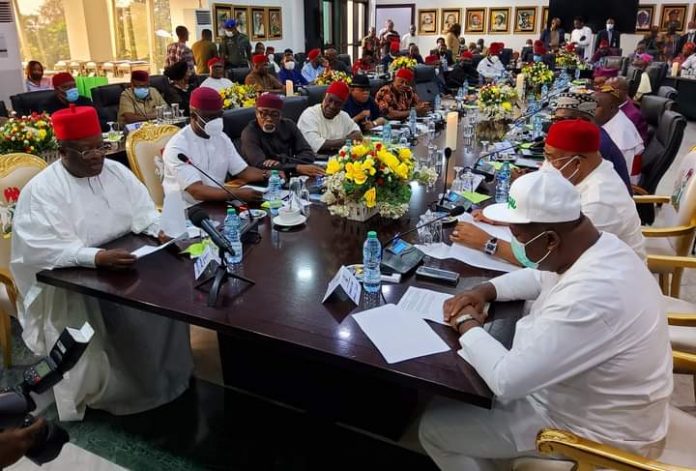 South-East Governors and leaders have condemned the sit at home orders issued by Nigerians in the diaspora stating that people are allowed to move freely in the region.

Speaking in a Communique issued at the end of the meeting of South East Governors and other leaders of the zone, hosted by Governor Ifeanyi Ugwuanyi of Enugu State, at the Government House, Enugu, on Tuesday, October 5, 2021, mandated Governors to launch the South East Ebubeagu security outfit in all States.

The meeting also resolved to meet with the Federal Government to resolve all issues agitating the minds of its people following the reports of marginalization and heightened insecurity in the South-East.

The Independent National Electoral Commission, INEC, has stated that despite the destruction of its property and threats, the Anambra State governorship election slated for November 6th, 2021 will still hold.