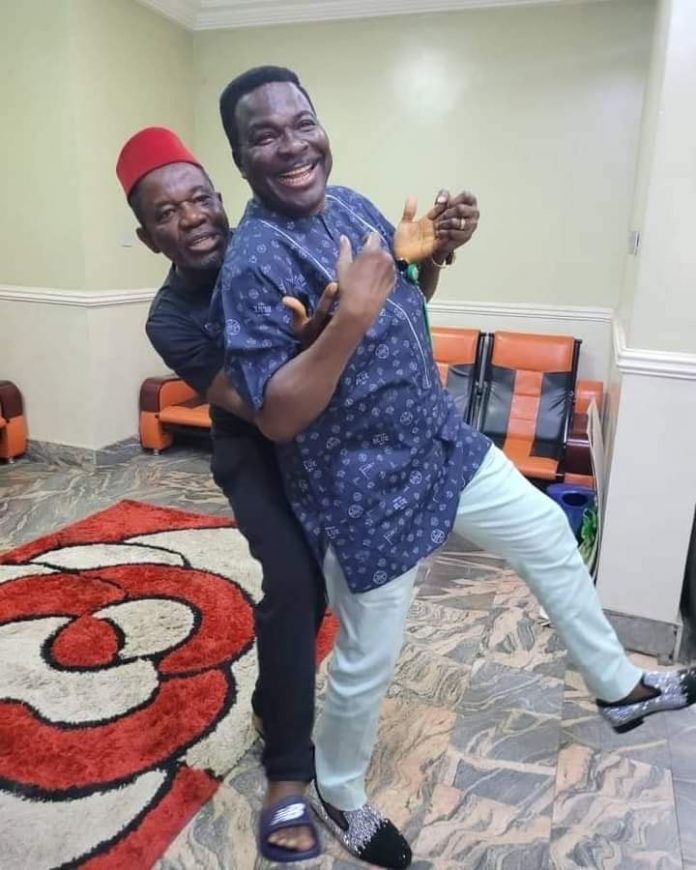 According to the lawyer, the secret police didn’t find anything incriminating on the actor’s phones.

Ozekhome made this revelation in a statement on Tuesday shortly after the secret police released the actor from its headquarters in Abuja.

Agu was arrested last Thursday by the Nigerian Army in Anambra State for allegedly wearing Biafran colours, associating with the proscribed Indigenous People of Biafra, and for inciting members of the public.

The Army later transferred the actor to the DSS on Friday and he was flown to the headquarters of the secret police in Abuja where he was detained and interrogated till Tuesday.

In his statement titled, ‘Chiwetalu Agu Released By DSS’, Ozekhome said his client argued that he had committed no known offence, as he was merely wearing an attire with the rising sun and distributing ten thousand naira worth of bread he had bought, to the poor and less-privileged.

The lawyer said his chambers took up the case after being briefed by the Actors Guild of Nigeria.

“Several interactions were held by the chambers with the DSS operatives, who were, however, very civil and very cooperative.

“Agu was released this (Tuesday) evening to Steve Eboh and Monolisa Chinda (Director of Media, Actors Guild of Nigeria), by the DSS at their headquarters in Abuja, after a careful search on his phones showed nothing incriminating.”

While he was in DSS custody, many Nigerians had condemned Agu’s arrest and accused the DSS of ethnic profiling for going after the actor who allegedly wore Biafran colours while controversial Kaduna-based Islamic cleric, Ahmad Gumi, continues to mingle with bloodsucking bandits.