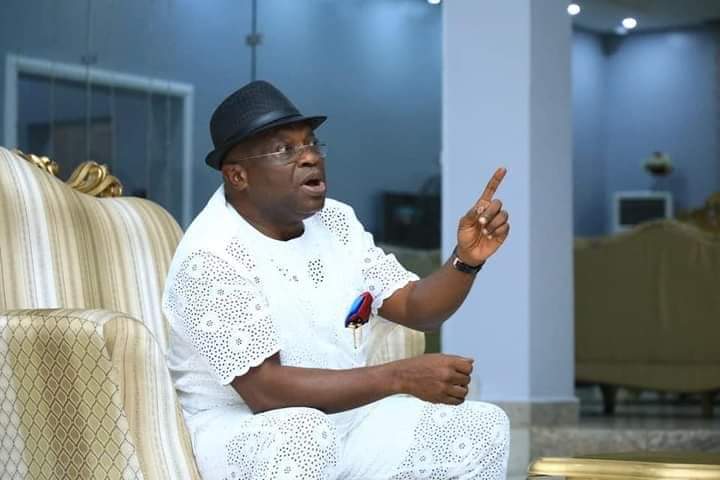 Governor Okezie Ikpeazu says that only the people of Uhie (Obingwa West) will have the final say on who represents them at the House of Assembly in 2023.

The Governor stated this yesterday at Umuobiakwa while receiving some key political leaders and people of Obingwa West State Constituency who came to present to him, Chief Erondu Uchenna Erondu Jnr as their choice for the seat of the Constituency at the State House of Assembly in next year’s election.

He described the people of Uhie as very experienced in political matters and reminded them that the choice of their representative is entirely theirs.

Governor Ikpeazu described Chief Erondu as a dedicated and experienced person with whom he shares a long term relationship and that if the people of Uhie decide to elect him as their Assembly man, he is sure that he will do well.

He reminded them that since there were other equally good sons of Uhie in the race, they should know how best to manage the process to get the best outcomes.

Speaking earlier, the leader of the delegation and a former Chairman of Obingwa LGA, Chief Chidiebere Ihenyirimadu (Jato) told the Governor that the leaders and entire people of Uhie have endorsed the candidature of Chief Erondu as their consensus candidate for the election on account of his record of positive interventions in the lives of their people which he described as unprecedented in their history. He said that Erondu has passed through the Ikpeazu School of Politics and Administration, and such, there won’t be any other person that can fill the Assembly seat for them.
He informed the Governor that Erondu has built and donated a total of 32 houses for different persons across the 6 political wards of Obingwa West, a feat which they had never seen before.

Also speaking, Chief Ezinwa Abiri told the Governor that in terms of political experience, reach and contacts, Erondu has no rival. According to him, the level of experience acquired by Erondu in politics and administration will be strong tools which will mark him out as a State Legislator for the good of the people of Uhie.

Speaking on behalf of the women, Mrs Ezinwanyi Jonah said that Erondu has improved the lives of the women of Uhie through many avenues, including building houses for them and supporting them to start businesses, and as such, the entire women of Uhie are solidly behind his aspiration.

The high point of the event was the handing over of the aspirant to the Governor by a Leader and elder Statesman in Uhie, Pastor Rowland Nwosu.

Pastor Nwosu, who is a veteran politician and one of the most respected veterans in Obingwa politics told the Governor that they were convinced that Erondu will be an excellent representative for them.