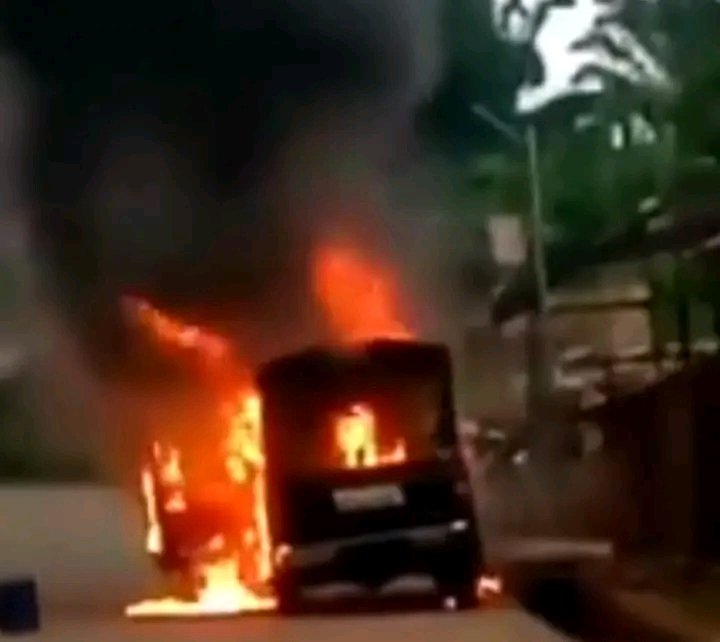 Unknown gunmen have set ablaze a security van in Agulu-Ekwulobia in Anambra State on Sunday for supporting One million March for Peter Obi.

In a video shared on social media, the eyewitnesses stated that the community was attacked for embarking on the March.

Recall that the one million March for PDP Presidential aspirant Peter Obi was held on Saturday by youths of Nigeria who asked the opposition party to field Peter Obi as a candidate in the 2023 general election.

This comes a few hours after the heads of some persons were discovered at Chisco park in Onitsha including the head of a lawmaker Mr Okechukwu Okoye.

Governor Charles Chukwuma Soludo has staked N10 million for anybody that will give reliable information to the people behind the act.