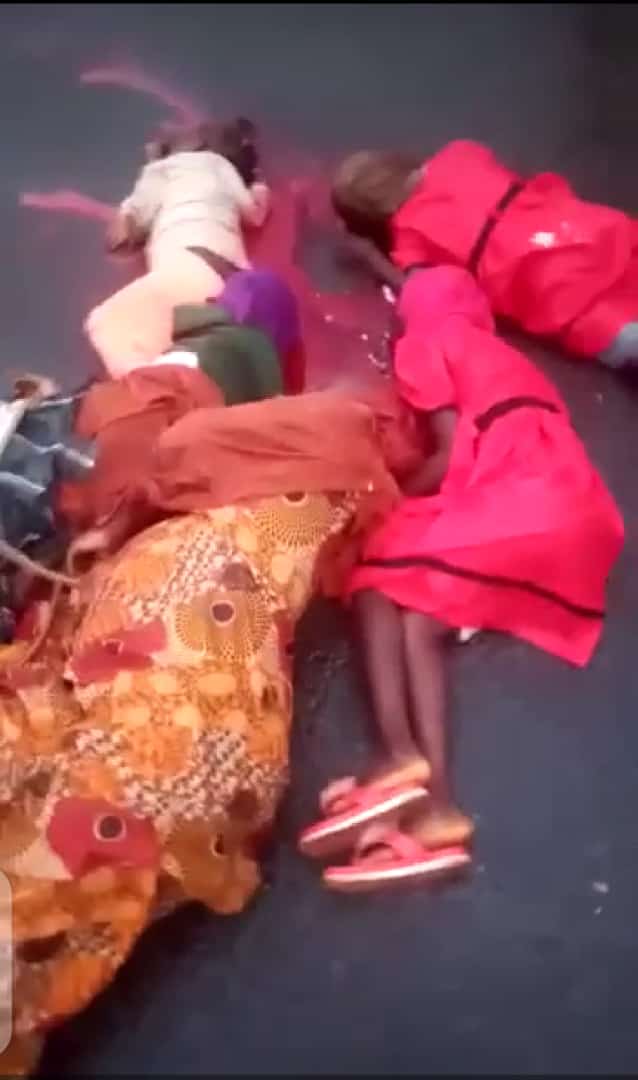 The Indigenous People of Biafra (IPOB), which also masquerades as Eastern Security Network (ESN) or Unknown Gun Men (UGM), has stepped up premeditated mass murders of innocent, unarmed northerners in the Southeast in the last few days, the tear-jerking murder of a pregnant northern Nigerian Muslim woman by the name of Harira and her four children is the latest.

The group had been murdering Igbo people who don’t buy into its twisted ideology and making life a living hell through its birdbrained sit-at-home orders for everyday folks who just want to live. Now, they’re transforming into an indiscriminate murdering machine of northerners who live in the Southeast.

A few days ago, members of the group murdered a Hausa Suya seller and gave out his suya for free to passersby. They also murdered a couple of northerners who turned out to be Christians.

It’s obvious that the group’s plan is to provoke northerners to retaliate in the North, which would precipitate another civil war that the group, in its naivety, hopes to cash in on to declare a Biafra Republic.

A few weeks ago, the group’s social media propagandists circulated the false news that the Obi of Onitsha had asked all Igbos in the North to return to the Southeast. This was promptly debunked by the Obi.

Now the group wants to achieve through senseless violence what it couldn’t achieve through mendacious propaganda. It must not be allowed to succeed, certainly not through the spilling of the blood of innocent people.

Sadly, I don’t see a groundswell condemnation of IPOB’s murderous violence from Igbo leaders. They are as much in dread of the group as northern Muslim elites are of the holy warriors who murder to avenge blasphemy.

But it’s only northern Muslim leaders who get pilloried for their moral cowardice.

Anambra State governor Charles Soludo, in fact, visited Nnamdi Kanu, IPOB’s violent, foul-mouthed terrorist linchpin standing trial for all kinds of transgressions. He proudly shared photos he took with Kanu to shore up his bona fides. No one condemned this symbolic pampering of a barefaced terrorist.

It’s akin to a northern governor visiting Boko Haram’s Abubakar Shekau in jail and taking photos with him.

I took my time to listen to Kanu on Radio Biafra from 2015 to 2016. He is clearly the author of the bloodstained violence that now grips the Southeast. That’s the materialization of his vision. Yet, leaders from the region worship him.

Since leaders of the Southeast are scared of IPOB, the Federal Government must act fast and decisively both to stop IPOB’s murderous madness and to prevent retaliatory killings in the North.