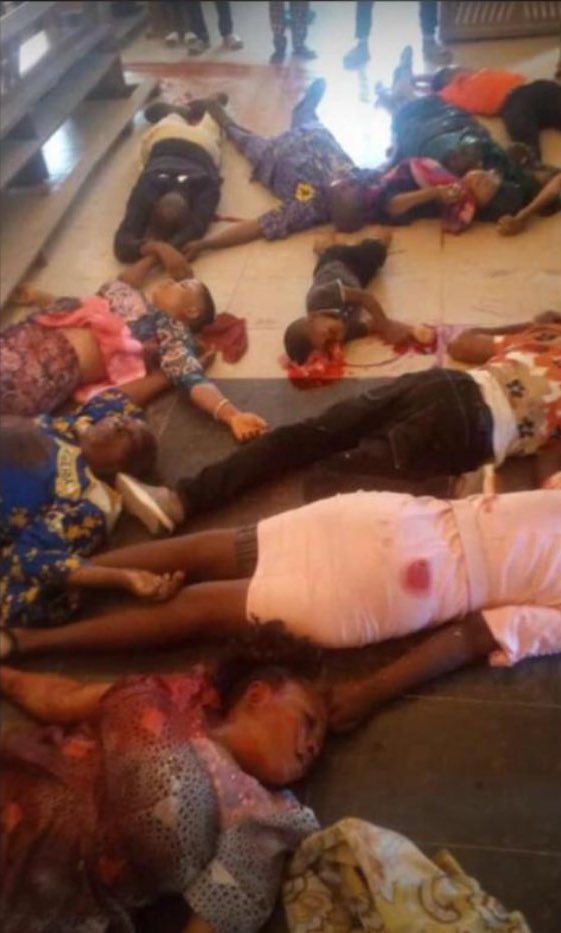 I was processing the news of the vicious murder and burning of a 30-year-old man by the name of Ahmad Usman by a mob of wretched, bloodthirsty Muslim fanatics in Abuja over “blasphemy” when I read of the sickeningly horrendous mass slaughter of scores of Catholic worshippers, including children, in Owo, Ondo State, this morning.

I’m sick to my stomach. This is way more grief than I can bear in one day!

Unfortunately, the Buhari regime will issue the sadly familiar and predictable statement from its prepackaged templates—until the next tragedy hits.

There’s no better incentive for murderous criminality and terrorist barbarism than the absence of punishment for it.

We asked that the murderers of Deborah in Sokoto be brought to justice. We were ignored, and other holy murderers snuffed out another life because they know there will be no consequence for their murder.

Boko Haram terrorists in the Northeast are pampered and “rehabilitated” and terrorist bandits in the northwest and the northcentral are either ignored or featherbedded.

Now they have moved to the Southwest. Nowhere is safe anymore. That’s Buhari’s legacy: democratized banditry and impunity.