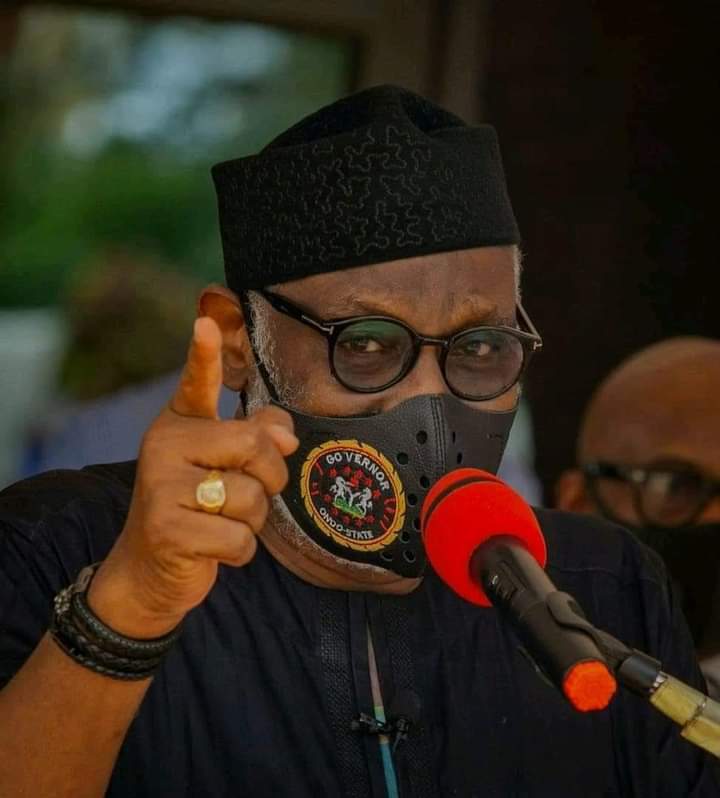 Ondo State Governor, Arakunrin Oluwarotimi Akeredolu, SAN, has said that the Federal Government pronouncement of the Islamic State’s West Africa Province (ISWAP) as the terrorist group behind the terror attack at the St. Francis Catholic Church, Owaluwa Street, Owo on June 5th, 2022, was too hasty.

Governor Akeredolu noted that he took the conclusion with a pinch of salt, adding that ISWAP are known for claiming responsibility for their attacks.

The Governor spoke on Friday during a virtual interaction with a Swiss-based Christian human rights Organisation, Christian Solidarity International (CSI).

He said: ”The statement is too hasty. I take their conclusion with a pinch of salt. ISWAP don’t hide their attacks. If they have done it, they would have owned up. We are yet to know their identity and our security people are still on their trail.”

Governor Akeredolu, who said the attack was a crime against humanity, stressed that the Southwest region has been a peaceful haven before the horrific attack.

He said despite the attack on the psyche of the people, the people of the state are indomitable and ready to fight insecurity.

He emphasised that the present security architecture of the country can not provide adequate security of lives and property.

“A single police command can not guarantee safety in this country. We must have state police now. We are doing our best with Amotekun. But Amotekun is suffering a lot of limitations in getting all the equipments needed to fight these criminals.

The Governor commended the international community for their prompt reactions on the killings in Owo, saying it was unprecedented.

Governor Akeredolu disclosed that government is determined to help the Victims of the attack, particularly those who lost their loved ones and those on admission in the hospital.