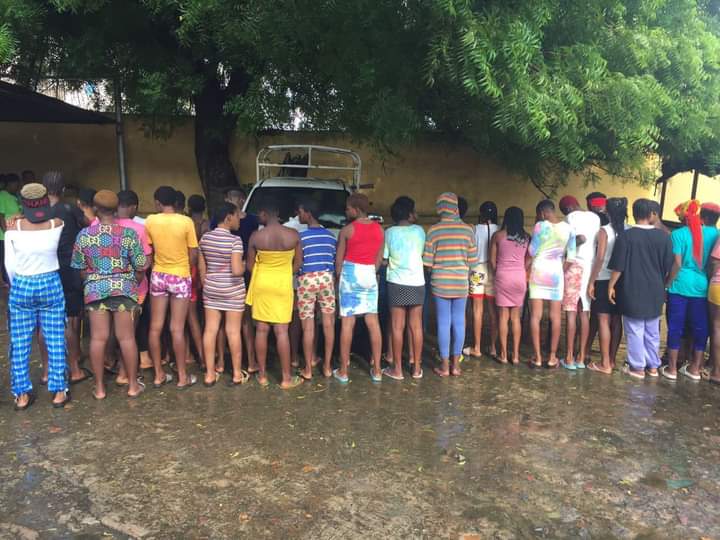 The Police Command in Anambra State has rescued 35 girls allegedly used for baby factory and sundry crimes in a hotel in the state.

A statement revealed that out of the 35 girls, four were said to be pregnant as of the time of the rescue.

The Public Relations Officer( PPRO), Ikenga Tochukwu, disclosed this at a press briefing in Onitsha on Wednesday on behalf of the Commissioner of Police, Echeng Echeng.

He advised parent and guardian to always create a deliberate relationship with their children and wards as it will help to guide and direct them in their activities.

Mr Ikenga said such will also help to monitor against unforeseen issues and bad company.

According to Mr Ikenga , Following a rigorous analysis of crime trends and pattern, the command’s operatives working on information bursted a hotel in Nkpor where they use children between the ages of 14 and 17years for sex slaves, prostitution and baby factory.

The PPRO noted that the Suspects arrested were being interrogated with a view to eliciting information on their involvement and unmasking other gang members.

Radio Nigeria Correspondent Uche Ndeke reports the suspects where later handed over to NATIP for the welfare and rehabilitation of the children.

Mr Tochukwhu Ikenga said all the suspects will be charged to court at the end of investigations .