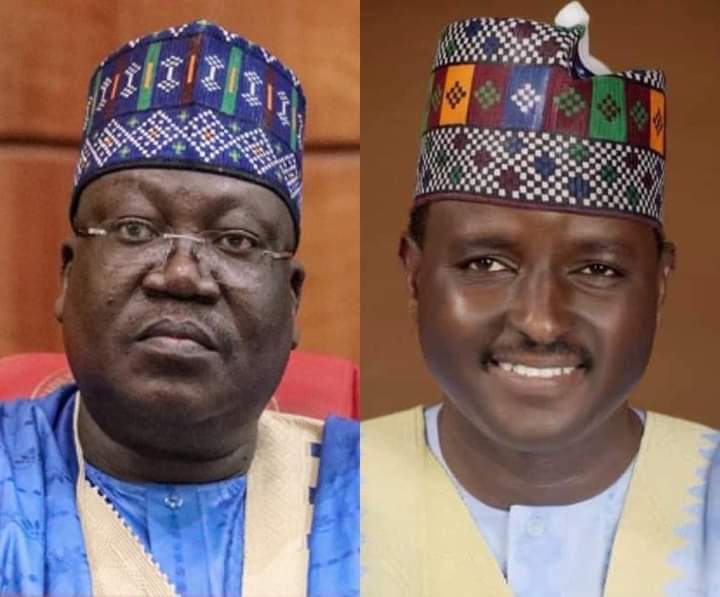 A National Commissioner for the Independent National Electoral Commission, INEC, Malam Mohammed Haruna has stated that the Commission does not have the right to reject names sent by the political parties after its conduct of the primary election.

Speaking in response to an article by the Professor Farooq Kperogi titled ‘Ahmed Lawan, Akpabio and INEC’s Discriminatory Lawlessness’, he revealed that INEC can only supervise the primary election but has no right to reject a name sent by the political parties as stated by the amended Electoral Act 2021.

The response titled ‘INEC Commissioner Responds to My Article on Lawan and Akpabio’ reads as follows below;

Malam Mohammed Haruna, one of INEC’s 6 national commissioners for whom I have immense respect, sent me a private message yesterday in response to my June 17 article on INEC’s recognition of Senate President Lawan—and, I later learned, Akpabio—as APC’s senate candidate for Yobe North even though he didn’t participate in the primaries and Bashir Machina, who won the primaries, didn’t stand down for him.

He granted my request to share this response with the public. So, here you go:

Salaam. A friend sent me your article on “Ahmed Lawal, Akpabio and INEC’s Discriminatory lawlessness,” which he said he was forwarding to me from a WhatsApp group he belongs to. In the article you asked, in apparent great anger, why INEC would accept Lawal’s nomination but reject Akpabio since the circumstances of their nomination were similar.

You went further to make your query personal when you singled out INEC’s Chairman, Professor Mahmood Yakubu, INEC’S official spokesman, Festus Okoye, and myself to answer your angry query.

The answer is simple: INEC has no powers to reject names sent by political parties. Primaries are the sole prerogatives of parties. INEC’s responsibility is merely to monitor the primaries and make sure they abide by their own regulations, the Electoral Act & the Constitution.

Our power in that regard rests on the fact that our reports are admissible as evidence whenever an aggrieved candidate petitions his party or the courts. It is therefore up to an aggrieved candidate to apply for the certified true copy (CTC) of our reports for presentation as evidence that his party did not abide by any or all of the three sets of regulations I mentioned.

In the specific of Lawan & Akpabio, INEC has not picked & chosen as you said, citing media remarks by the Akwa Ibom REC. We merely received their names from the parties as stipulated in Section 29(1) of the Electoral Act.

Igini’s remarks paint only a partial picture of the relevant regulations. He merely mentioned Section 31 that deals with the issue of withdrawal of candidate. For some inexplicable reason, he forgot to mention the section which mandates INEC to monitor only the primary of the State party executive recognised by the party’s National Headquarters. So if anyone was picking and choosing it was Igini & not INEC.

Also note that the final list is not due for publication until September 20th for the national elections & October 4th for the state elections, by which time all petitions by aggrieved candidates to parties or the courts would’ve been addressed.

What’s the basis for INEC’s recognition of Senate President Ahmed Lawan as APC’s senatorial candidate for Yobe North? The 2022 Electoral Law that Lawan and his colleagues enacted says parties can only produce candidates through direct primaries, delegates, or consensus.

Didn’t the same INEC that has stamped its imprimatur on Lawan’s electoral fraud tell Godswill Akpabio that the May 27, 2022, primary election that produced Udom Ekpoudom as APC’s candidate for the Ibom North-West senatorial ticket is “final and cannot be reopened” because it was neither cancelled nor declared inconclusive?

Why is INEC treating Akpabio differently from Lawan? Because Lawan is an influential northern Muslim who is friends with the INEC chairman? So INEC can be this blatantly reckless with its bigotry and impunity?

In rejecting Akpabio’s attempt to get back on the senatorial ballot after losing out in the presidential primary election, INEC’s Resident Electoral Commissioner for Akwa Ibom State by the name of Mike Igini said, “By virtue of Section 31 of the 2022 Electoral Act,… we no longer have substitution by political party. What you have now is withdrawal by individual or nominee and or death.”

But I’m glad that Machina is going to court. If there’s any justice left in Nigeria’s judicial system, he’ll easily pulverize Lawan and INEC in the court.

More than this, though, I’m worried by INEC’s lawlessness, impunity, and discrimination. It weakens my confidence that it can conduct a transparent and fair election in 2023.

Mahmood Yakubu, why? Festus Okoye, why? Mohammed Haruna, why?