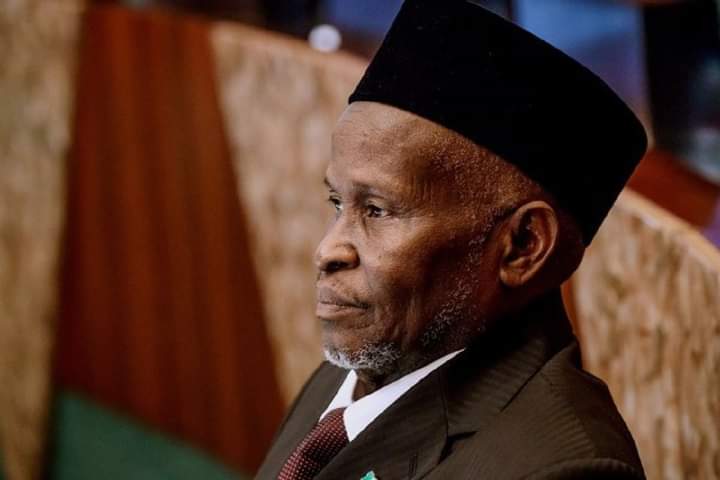 Honour is the norm society expects you to abide by and integrity is, to quote British writer C. S. Lewis, “doing the right thing, even when no one is watching.” Justice Ibrahim Muhammad Tanko lacks both.

He shouldn’t have been the Chief Justice of Nigeria in the first place. He was suddenly promoted to the position only as a strategy to give legal imprimatur to Buhari’s electoral fraud in 2019.

Walter Onnoghen was illegally removed as CJN because he was suspected by influence peddlers in Buhari’s Aso Rock to be sympathetic to PDP.

And Tanko knew this. That shows lack of honor.

After perfecting their rigging plot, Buhari and his cabal reasoned that their action would invite a robust judicial challenge and that a Supreme Court headed by someone whose loyalty they couldn’t count on, might undo it.

So, they exploited Onnoghen’s asset declaration infraction, which most government officials, including Buhari, are guilty of to illegally remove him and replace him with a pliant, ignorant, and acquiescent Tanko.

Anyone who watched Ibrahim Tanko’s senate confirmation hearing in July 2019 where he betrayed embarrassing ignorance of the meaning of “technicality” and his dizzyingly incoherent verbal blizzard in response to a question about the intimidation of the judiciary by the Buhari regime in December 2019 would know that he’s a know-nothing bumpkin who has no business being a lawyer let alone the Chief Justice of Nigeria.

It turns out that apart from being a know-nothing, he is also a fraud. He has the dubious honor of being the only Chief Justice of Nigeria in Nigeria’s history who was openly accused of financial impropriety by fellow Supreme Court justices.

“Your Lordship with all due respect, this is the peak of the degeneration of the court; it is the height of decadence, and clear evidence of the absence of probity and moral rectitude,” his colleagues wrote against him in a widely circulated letter.

Nothing can be more damning than that. So, it shows he also lacks integrity. He does the wrong things when no one is looking.

But I was going to give him credit for having the decency to resign until I read a Daily Trust report today that said he was actually “forced” to resign by fixers in the Presidential Villa.

The paper said Tanko “was directed to appear in the Villa where he was handed a letter to sign for his resignation.”

Talk of using and dumping a man who has neither honor nor integrity!