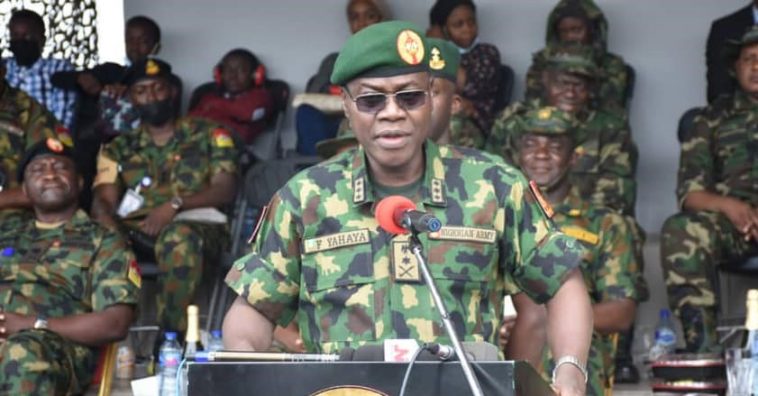 Faruk Yahaya, Chief of Army Staff, has charged Nigerian soldiers to seek spiritual help in the war against banditry, insurgency and other forms of insecurity across the country.

Represented by Maj. Gen Victor Ezugwu the COAS made the comment on Monday during an Interdenominational church service to commemorate Nigerian Army Day Celebration (NADCEL) 2022, according to army spokesperson, Onyema Nwachukwu.

The COAS was quoted to have further charged the army with “promoting National Unity through Religious Tolerance and Peaceful Coexistence.” He also urged Christians to complement the army’s efforts in surmounting Nigeria’s security challenges.