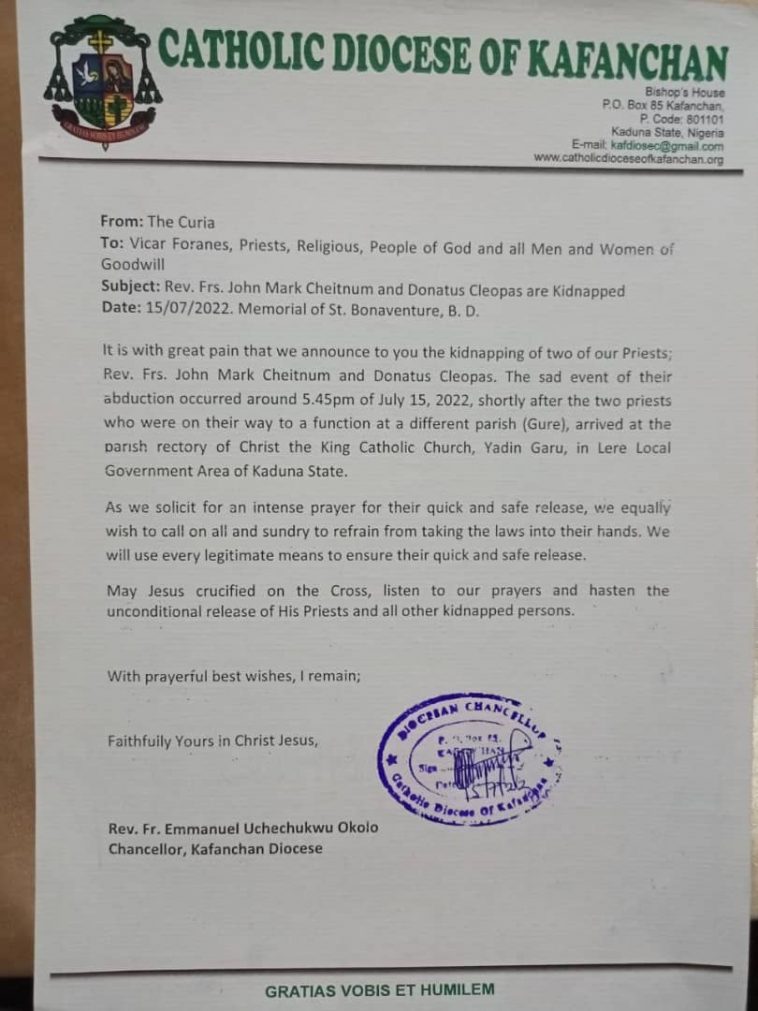 Two Catholic priests, Rev. Frs John Mark Cheitnum and Donatus Cleopas of the Catholic Diocese of Kafanchan have been kidnapped from their parish rectory in Yadin Garu, Kaduna State.

In a statement signed by the Chancellor Kafanchan Diocese, Rev Fr Uchechukwu Okolo on Friday, it revealed that the priests who were on their way to a function in a different parish in Gure were kidnapped immediately after they arrived at Christ the King, Yadin Garu, Lere Local Government Area of Kaduna State.

Meanwhile, there has been no word from the kidnappers while the security has been alerted to the development.

There has been an upsurge in the kidnapping of catholic priests in just 2022. While some of the kidnapped priests have been killed, others were released after a ransom was paid.