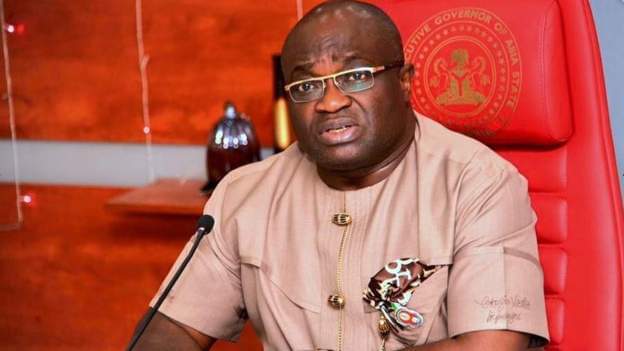 The governor of Abia State, Dr Okezie Ikpeazu has directed the chairman of Ariaria International Market, Elder Emeka Igara and his team to ensure that all the blocked drainages in the market were desilted within 7 days.

Gov. Ikpeazu gave the directive Saturday at the end of a crucial meeting with some selected stakeholders of the market in Aba.

The governor who was represented in the meeting by the Commissioner for Trade and Investment, Chief John Okiyi-Kalu said that he was disturbed with the news about the recent effect of flood on traders in Ariaria following torrential rains in the past 3 weeks.

Okiyi-Kalu who lamented the attitude of some traders and residents of the area who choose to dump refuse in the drainages in and around the market instead of the government approved dumping sites, disclosed that government already had plans in place to bring a lasting solution to the menace of flooding in the market.

Speaking on the ongoing 1st phase of reconstruction of shops at A Line, the commissioner said it was all part of the plans by the state government to remodel Ariaria International Market to a modern one and appealed to the traders to exercise patience as the state government works to resolve the bottlenecks causing delays in the speedy completion of the job.

The commissioner who assured the traders that the ongoing reconstruction of shops at A Line was dear to the governor of the state, equally assured them that no original shop owner was going to lose his or her shop(s).

“What slowed down the job at A Line, which effectively commenced in April 2022 are the rains. July is always a difficult time in construction but we are going ahead with the blocks while hoping to return to the road aspect as soon as we have better weather conditions for the implementation of rigid pavement technology.

“You should exercise patience with us. But I can assure you that the governor is interested in the delivery of a world class market infrastructure in Ariaria, hence the support we are giving to the designated developer.

“The governor wants to ensure that the work is completed before he leaves office with minimal disruption to trading activities. It was for this reason that we made sure that affected traders whose shops were demolished for the purpose of the reconstruction were re-settled within the market to carry on trading while we work in phases.

“He has therefore directed chairman of the Ariaria market, Elder Igara and his team to ensure that work starts on identified blocked drainages in the market.

“Ariaria is on a low land and at the moment lower than Faulks Road and that is why water from Ariaria cannot flow into the gutter on Faulks road. Our work plan includes to raise the market so that we can achieve gradient storm water flow into the drains on Faulks Road.

“Another major issue is that the federal government contractor on Enugu-Aba-Port Harcourt Expressway channeled the water on the road to Ariaria, instead of providing drains thereby adding more pressure to the amount of water flowing into Ariaria from the expressway/Enyimba area. We are engaging with them to see how they can adjust their work plan to include provision of drains around the area.

“The idea of scooping the drainages is to bring a temporary relief to the issue of flood in Ariaria. We have carried out a review and from what we saw, three key underground drainages have been blocked and as soon as they are opened, water will start flowing unhindered.”

In his response, the chairman of Ariaria International Market, Elder Igara who thanked the governor for his concern and prompt action in ameliorating the sufferings of the traders occasioned by flood, assured that the leadership of the market would deliver on the mandate given to them.

He concluded by commending the government for also setting up a monitoring team to supervise the desilting of the blocked drains and promised to ensure that they deliver within the stipulated time frame.