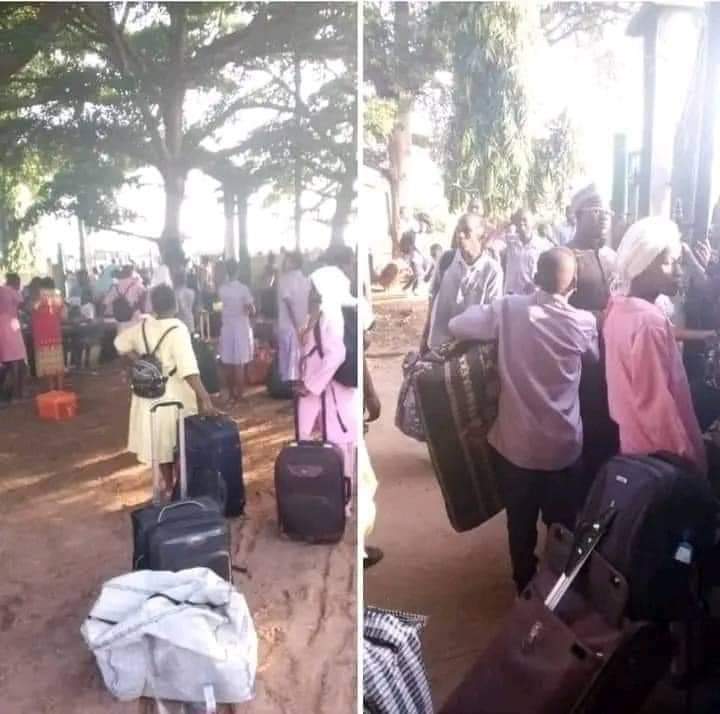 The management of the Federal Government College, Kwali, Abuja, has asked parents to evacuate their wards from the school over the fear of attack by terrorists.

This has caused panic among the management, staff, students and parents of the school.

The school management asked parents to evacuate their wards following an attack in a nearby village “that shares a fence” with the school.

The students who were scheduled to conclude their third term examination on Tuesday have now been sent home.

A parent who evacuated his wards and asked not to be named stated that the school reached out to parents.

“I just picked them up from Giri junction,” he said. “The house master called to inform us,” the parent said.

“Meanwhile, the examination is still ongoing. Some students are still stranded, waiting for their parents,” he added.

The Chairman, Parent Teachers Association (PTA) of the school, Suleiman Idajili, in a telephone interview with the press, said the directive followed an attack on a nearby village on Sunday morning.