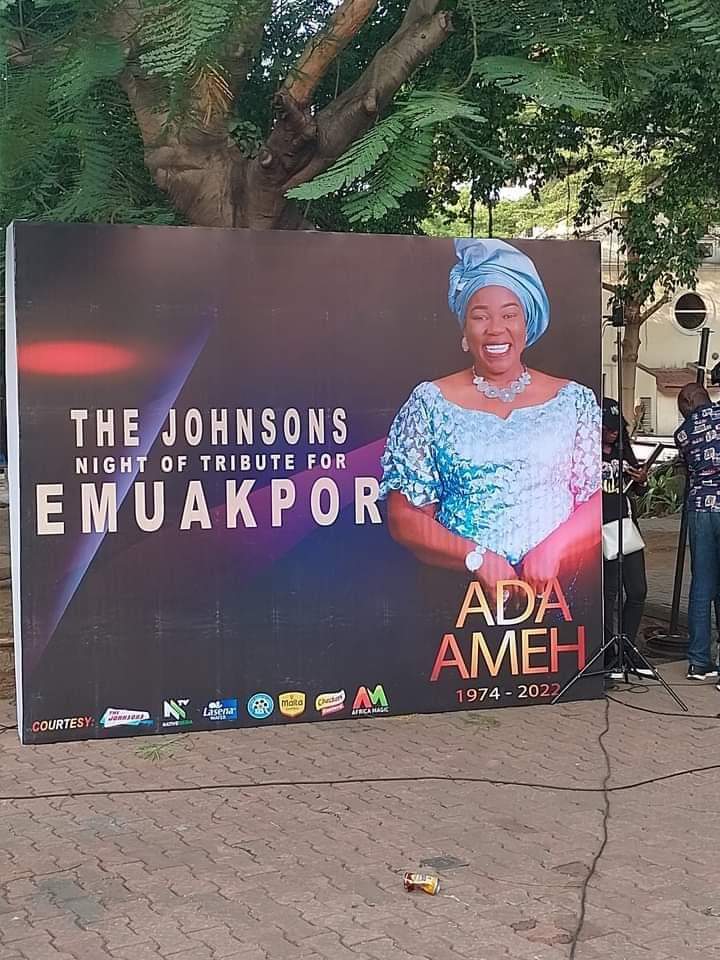 The Producers of the TV show, The Johnsons, have held an event to pay tribute to the main female character late actress Ada Ameh popularly known as Emuakpor in the drama.

The event took place on Thursday at Freedom Park in Lagos.

The cast and crew of The Johnsons, as well as other industry colleagues, wore black outfits for the tribute event.

Late Ada Ameh slumped and died in Warri, Delta State a few weeks ago. The late actress revealed severally that she was depressed after the loss of her only child in 2020.