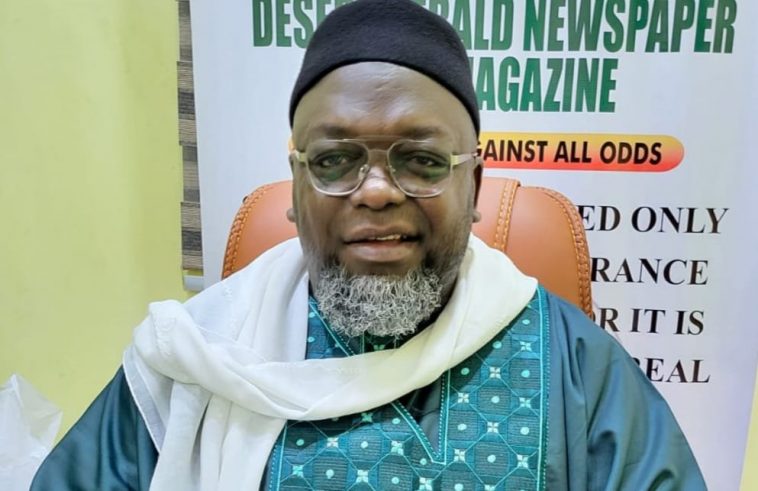 The State Security Services (SSS) said it recovered military gear, a stack of hard currencies, and other incriminating materials from the residence of Tukur Mamu, a hostage negotiator currently in its detention.

“Other items include large amounts in different currencies and denominations as well as financial transaction instruments,” the statement added, stirring concerns as to how the former lead negotiator of the release of Kaduna train abductees had now become a person of interest to the secret police.

“Mamu will, sure, have a day in court,” concluded the SSS statement in a veiled threat suggesting the matter would proceed to court for trial.

Mr Mamu, an assistant to acclaimed Islamic cleric Sheikh Ahmed Gumi, on Wednesday, was arrested at the Cairo airport in Egypt, alongside his family members on a trip to Saudi Arabia for lesser Hajj.

Mr Mamu was linked to international terrorists organisations whose members he planned to meet outside the country, an anonymous source told Daily Trust.

“I can assure you that Mamu has high linkage with terror groups in Egypt, especially in Sinai and by extension Libya, the Sahel and other parts of West Africa on this side, and the middle- east on the other side,” a security source disclosed to Daily Trust under anonymity for lacking authority to speak on the matter.

The source further disclosed Mr Mamu “has collected over N2bn in ransom for terrorists with some of the payments made in U.S. dollars by desperate families and negotiated the release of their loved ones… We have been monitoring all his activities and evidence abound to hold him to account.”

There have also been discrepancies between ransoms collected by Mr Mamu and the actual amount remitted to kidnappers, prompting security agencies to conduct deeper investigation into the matter.

“He is also seen as pandering too much to the side of the terrorists than the people and government. What pained us was the recent move to pay N25 million to secure the release of the remaining 23 persons but at the last minute, he thwarted the arrangement insisting on a much higher figure,” another source told the medium.
In a reaction, Mr Gumi denied knowledge of the reason that precipitated his aide’s arrest at the Cairo airport.

“I am not aware of why that would happen and because the Nigerian government did not charge him for anything or declare him wanted at any time,” Mr Gumi had said in response to enquiries by Peoples Gazette on Wednesday.