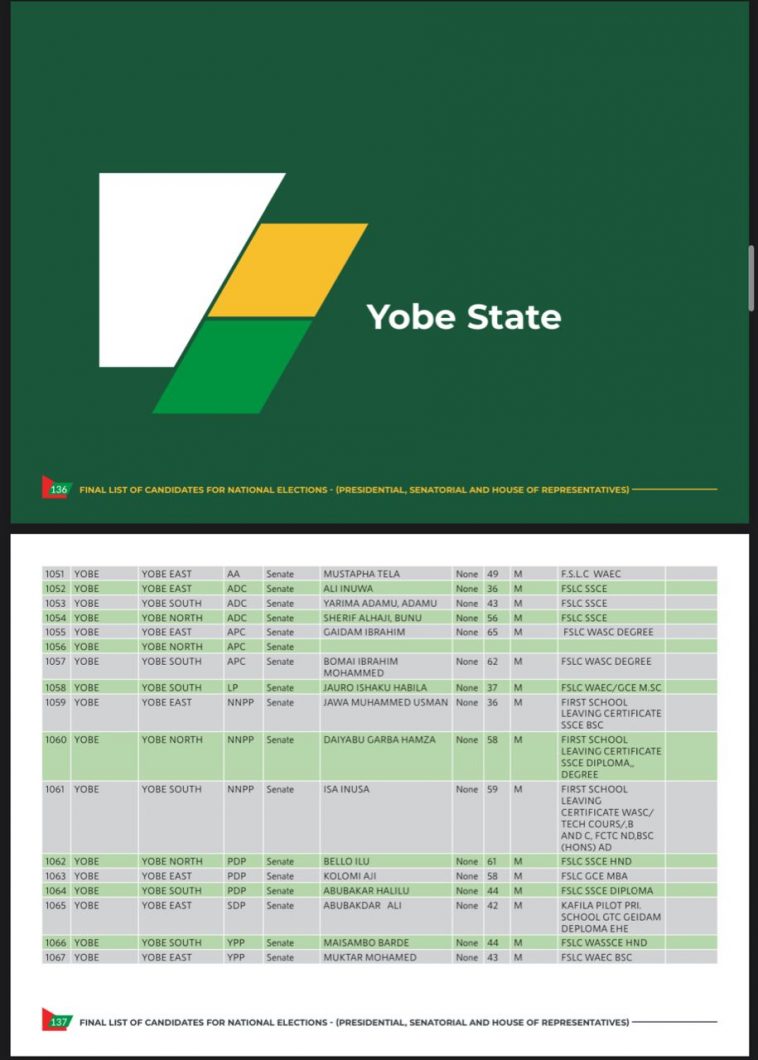 In the just-released final list of all contenders in the 2023 general election by the Independent National Electoral Commission, the names of Senate President Ahmad Lawan and Bashir Machina are missing.

Things took a different turn when Senator Ahmad requested Machina relinquish the ticket to him but Machina refused.

The duo have been at loggerhead for the ticket.