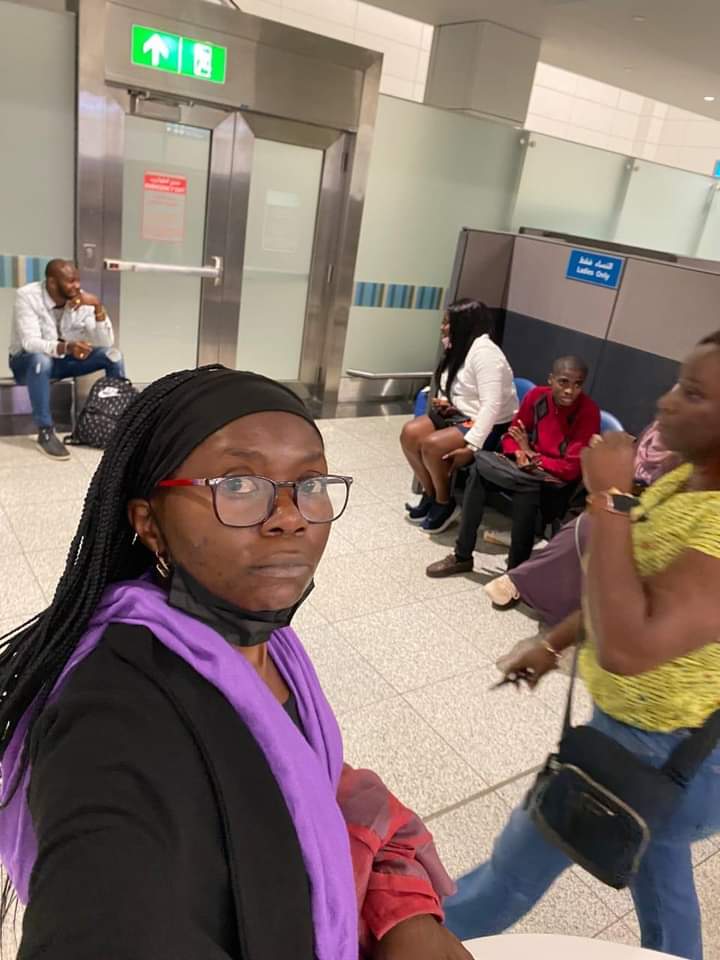 A Nigerian identified as Dinchi, has been jailed for one year in the United Arab Emirates, over cybercrime.

A relative of Dinchi, Jerty Doublas cried out for help on Twitter stating that she was jailed for travelling with a family visa on the 12th of October 2022.

Recall that Dinchi had shared pictures and video details of the ordeal of Nigerians in August upon entry into Dubai.

He wrote, “It is sad and regrettably heartrending to tell you all that #dunchichi was sentenced on 12th Oct 22, to 1yr in jail in Dubai. Her family are devastated and Nigeria didn’t save her.

“Her sentence came from the backdrop that she got a family visa to travel. But in fact, she was there with her sister. It got messy & complicated, she was released on arrival after being detained for several hours, only to be sentenced when she was returning to Nigeria.

“They are capitalising on the fact that she made a video and then posted them on her Twitter timeline to narrate the ordeal. They said it’s a cybercrime in their country. She went ahead to delete it. Still, that didn’t soften them. Now she is jailed ”

Reacting to the post, the spokesperson for the Lagos State Police Command, Benjamin Hundeyin urged Nigerians to read up on the cybercrime act and know the consequences of certain actions.

“Jailed over a Twitter post. I urge everyone to download and digest the CYBERCRIMES (PROHIBITION, PREVENTION, ETC) ACT, 2015. Endeavour to know the consequences of certain actions.

Ignorance is not an excuse!”