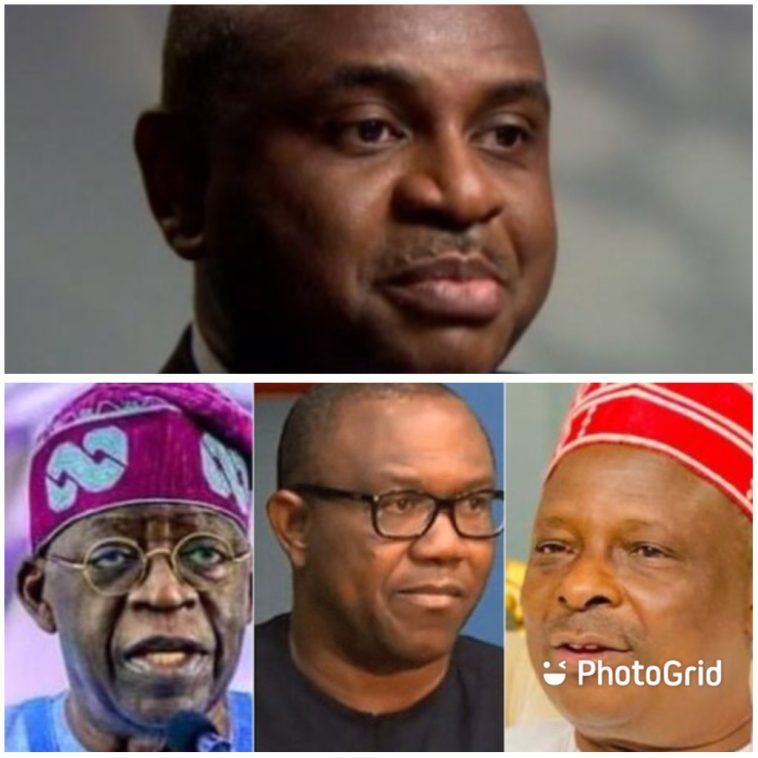 The former Deputy Governor of the Central Bank of Nigeria has predicted the winners of the most populous States in the 2023 general election.

“I predict @KwankwasoRM will win a majority of Kano votes in the presidential election. @officialABAT will likely win in Lagos, and @PeterObi will likely win in Rivers. Three of the four most populous voting states in Nigeria. This scenario leaves the election outcome uncertain.”

Moghalu who failed to clinch the party ticket for the African Democratic Party revealed that the outcome of the election was unpredictable and uncertain which is most acceptable for democracy.

“Anyone who tells you who will win the presidential election “for sure” is deceiving you -or perhaps himself or herself. That’s a good thing for democracy. Let the politicians sweat. We can only hope that they sweat to govern as much as they sweat to win.”

In July 2022, the Political Economist endorsed the former Anambra State Governor Peter Obi describing him as a phenomenon.

“I think it’s a good thing, it’s a valid and legitimate candidacy and movement. We have been calling for more people to get more involved in their future in this country and so to see that begin to happen forcefully is a good development,” he said.