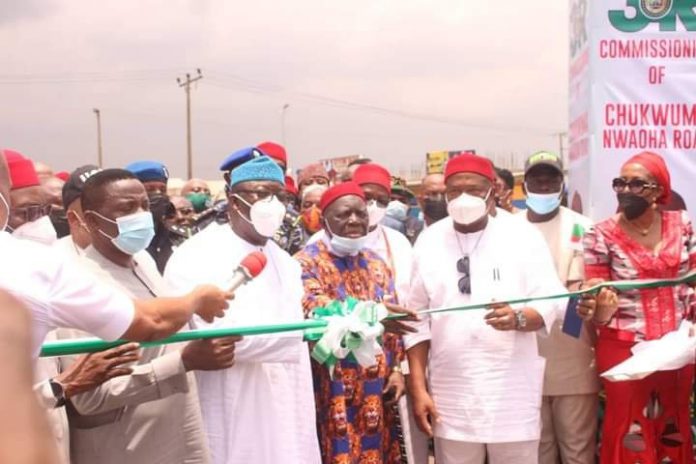 Fayemi made this remark, yesterday while commissioning the Chukwuma Nwaoha Link Road, rehabilitated by the government of Governor Hope Uzodimma.

He said, “For you to be able to, out of the limited resources available to this state, do this network of roads that I have heard about, and continue to work on the overall development of the state is not only commendable but something to be celebrated. 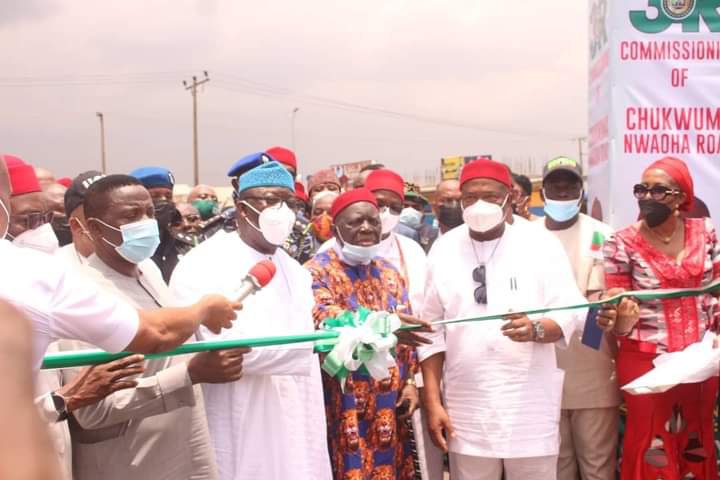 “They show that the commitment you have to our people in total. I plead with our people to give peace a chance since there will be no meaningful development where there is no peace and security”.

In his address, Imo State Governor, Senator Hope Uzodimma said the commissioning was heartwarming because the road is named in honour of Chukwuma Nwaoha, who as a teenager made the nation proud by being among the Nigerian under 17 football team who won the under 17 world cup, 1985 in China.

He said it was a shame that the road was left in deplorable condition by previous administrations for over 20 years.

“To the glory of God, this is now history. We have not only recovered the road but have turned it into a dual carriageway, to take more traffic off the ever-busy Egbu Road. Apart from relieving residents of the burden of restlessness occasioned by flooding, this road relieves pressure from the city centre as those coming from Umuahia, Mbaise, Emekuku, can easily pass through it to Imo State University Road, Okigwe Road, Orji and other parts of the city”