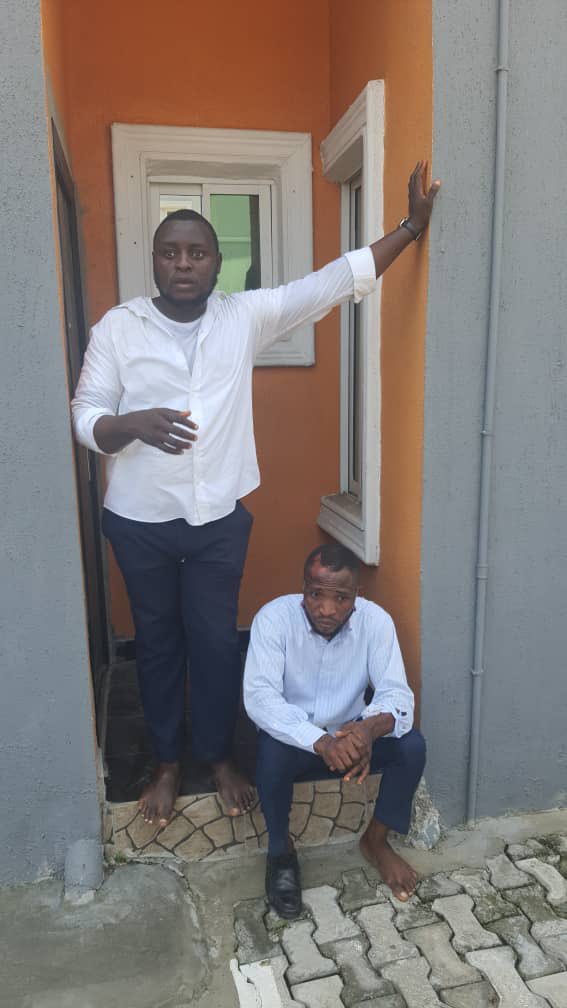 Two fake officials of the Economic and Financial Crime Commission have been arrested by residents in Lagos State.

It was gathered that on Wednesday, the men came into the estate with fake identity cards and were accompanied by a mopol while trying to extort money from a resident.

When they were busted, one of the fake officers tried escaping by jumping from the four-storey building but fell into the electric fence.

Unfortunately, the mobile policeman escaped and they have been handed to the real operatives of the Commission.

Narrating the incident, a resident of the estate, Samuel Otigba revealed in his Twitter page that proper investigation will be conducted as assured by the EFCC.

“Omoooo today is wild. We caught 2 men that came into our estate claiming to be EFCC officials, with fake EFCC ids & accompanied with Mopol, trying to extort money from a resident. One of the fake officers tried escaping by jumping from a 4 storey but fell into the electric fence. The mobile police officer with a rifle escaped. They have been handed over to the real @officialEFCC operatives for proper investigation. 🙏🏿”