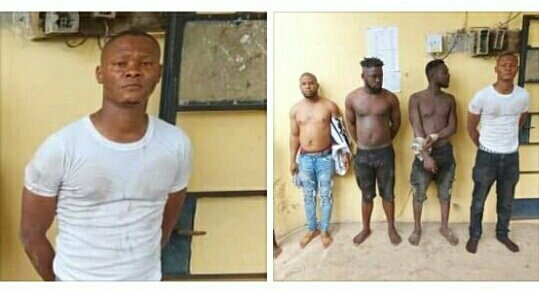 The Imo State Police Command have released Casimir Ibe who was wrongfully arrested and paraded as one of the suspects that attacked Orji Police Station last week.

It was gathered that Casimir, who is from Ogwa in Imo State, came back from Bonny Island to bury his father-in-law but was unfortunately arrested.

His sister-in-law, Queen Esther raised the alarm on social media and revealed that he works for an oil company and was just visiting Owerri during the attack.

Casimir has gone out to buy a casket when he was arrested.

Many human rights groups weighed in on the matter and got him released.