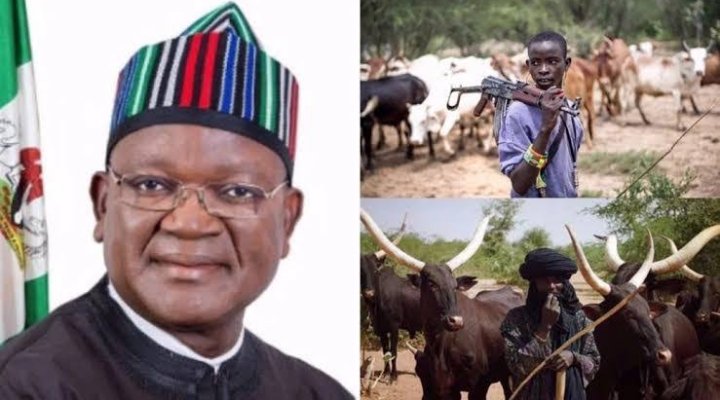 Governor of Benue State, Samuel Ortom, has asked the Federal Government to arrest armed Fulani herdsmen as they arrested the leader of the Indigenous People of Biafra, Nnamdi Kanu.

Speaking after the arrest of Kanu outside the country, Ortom whose State has been in constant battle with herdsmen revealed that Fulani herdsmen have been terrorizing the country and claimed responsibility for killing Nigerians.

He also disclosed that if the government can arrest Kanu, it can also arrest armed herdsmen.

“If the federal government has the capacity to arrest Nnamdi Kanu in a foreign land, they should exhibit the same zeal to arrest armed Fulani herdsmen who are terrorizing our country. The herdsmen have claimed responsibility for the killing of many Nigerians.”