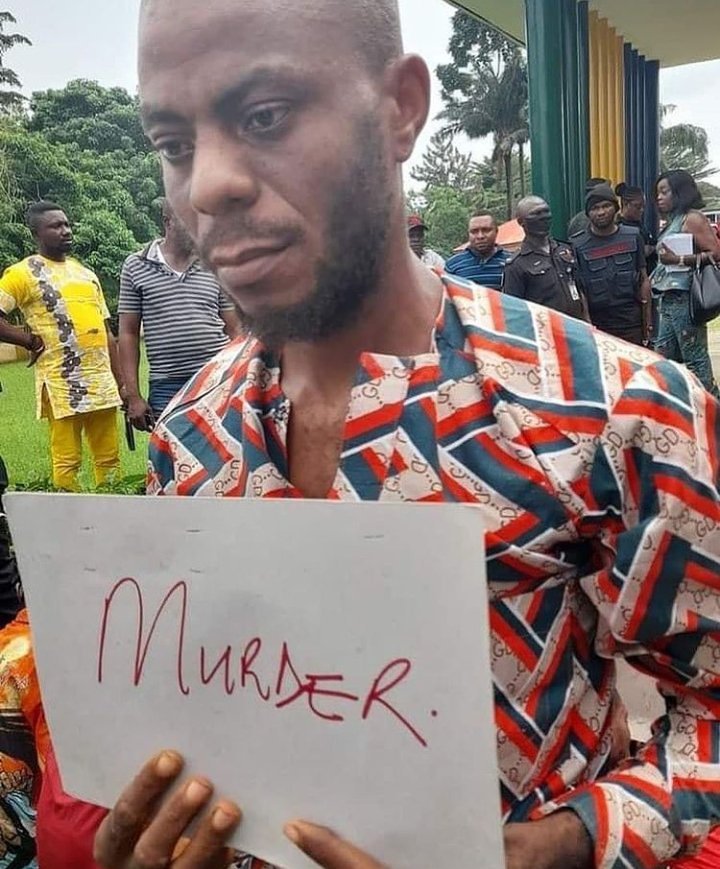 A 34-year-old man identified as Christian Edem-Eyo has been arrested and paraded by the Cross River State Police Command for killing his 65-year-old aunt, Uduak Effiong Okpo.

It was gathered that Christian killed his aunt in Calabar South Local Government Area of the State for allegedly making his ‘manhood rise spiritually.’

Christian, after murdering her, buried her head and the body separately on June 23.

Briefing newsmen on Tuesday, July 6, in Calabar, Commissioner of Police in the state, Mr Sikiru Akande, said that the suspect would soon be charged to court accordingly.

The murder suspect told the News Agency of Nigeria (NAN)  that he killed Okpo because she belonged to the spiritual world.

“I killed Uduak Okpo because she belonged to the marine world. She was terrorising me spiritually in the compound,” he said.

“She was making my manh**d to rise spiritually, that was why I killed her,” he added.