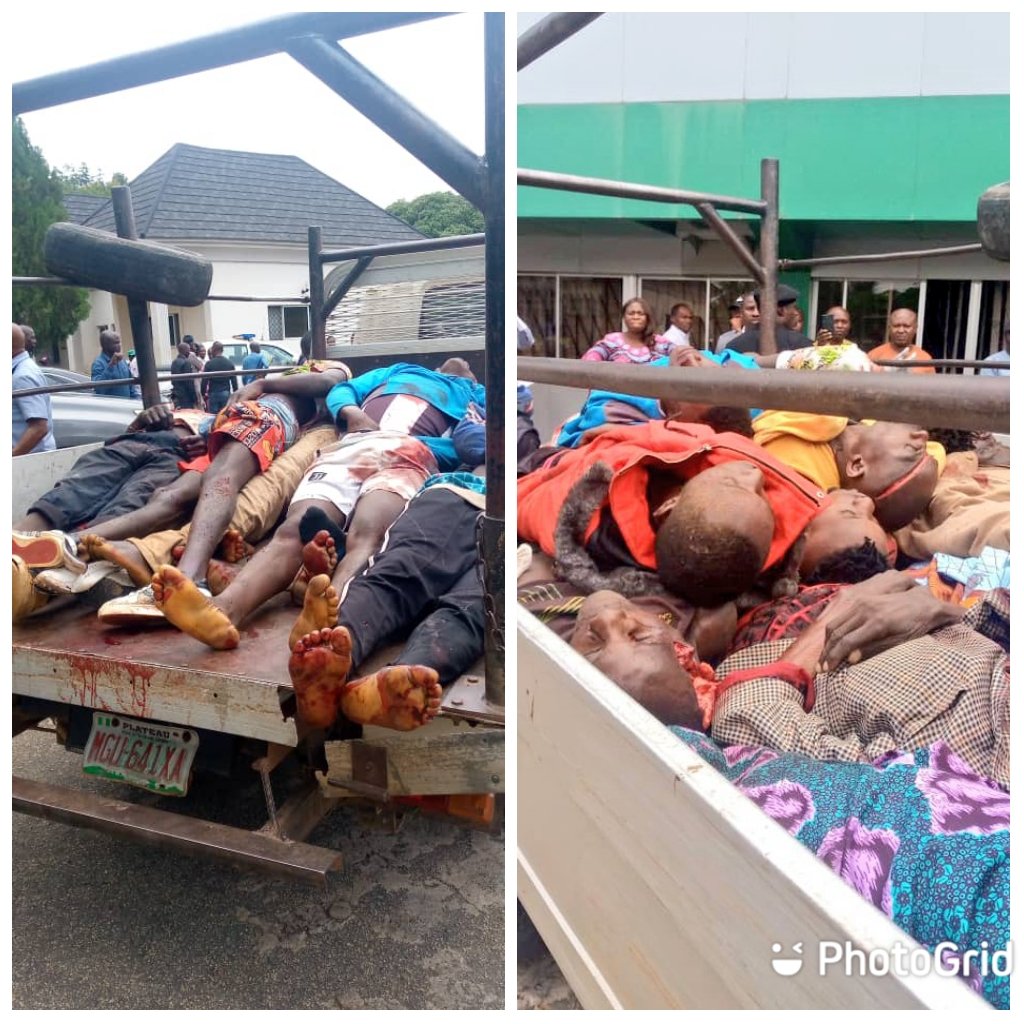 There is an ongoing protest at the Plateau State House of Assembly over the killing of over 30 persons in Yelwan Zangam community in Jos Plateau State by terrorists.

The protesters who gathered with a truck load of corpses demanded to see the Speaker Rt. Hon. Adeyemi Ikuforiji.

The attackers who are suspected to be Jihadists herdsmen launched the attack on the predominantly Christian inhabitants situated behind the permanent sire of the University of Jos, Plateau State at 8 pm on Tuesday.

It was reported that the attackers disabled a bridge connecting Yelwan Zangam community to neighboring Anaguta community, possibly to avert any help that may come from outside while setting several houses ablaze.

Many Christian communities in Plateau state and other parts of the Middle Belt Region of Nigeria have repeatedly come under intense attacks believed to be perpetrated by Fulani jihadists.

However, the Governors of Abia, Enugu and Akwa Ibom State have evacuated students of their State schooling at the prestigious University of Jos over the high rate of insecurity.