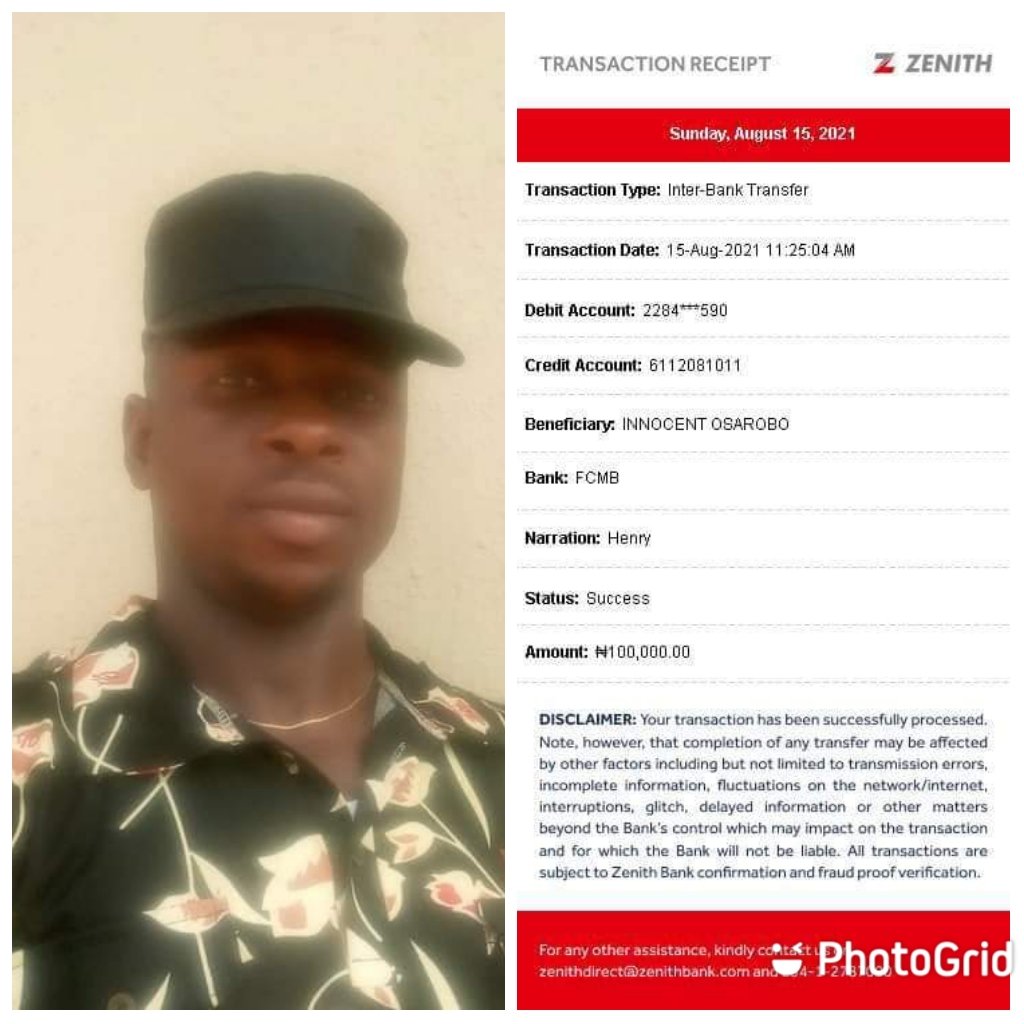 A Nigeria Police Officer identified as Innocent Osarobo has extorted the sum of N100,000 from a traveller along the Benin-Asaba Expressway.

According to a post made by human rights activist, Harrison Gwamnishu, the police officer detained the victim who was travelling to his village for five hours and collected the money.

The victim’s brother who contacted Mr Gwamnishu stated that all the men in the bus were taken to a corner and extorted before they were let go.

“This is Innocent Osarobo, a serving Nigeria Police officer who sworn to protect lives and property. He and his team members are along Benin/Asaba Express-Way extorting and detaining travelers unjustly. Is that not kidnapping?

Attach is the receipt of N100,000 he forcefully extorted from a Nigerian. Proceed paid into his personal account.

After the payment, he deleted the debit sms alert from the victim’s phone and released him after 5 hours.

You may know him or maybe your friend or related to you. Forward this post to him cos he knows what to do.

Nigerians have often complained about the high level of extortion, stealing and kidnapping that the Nigerian Police Force allegedly have a hand in and called on the government to save it’s citizens.