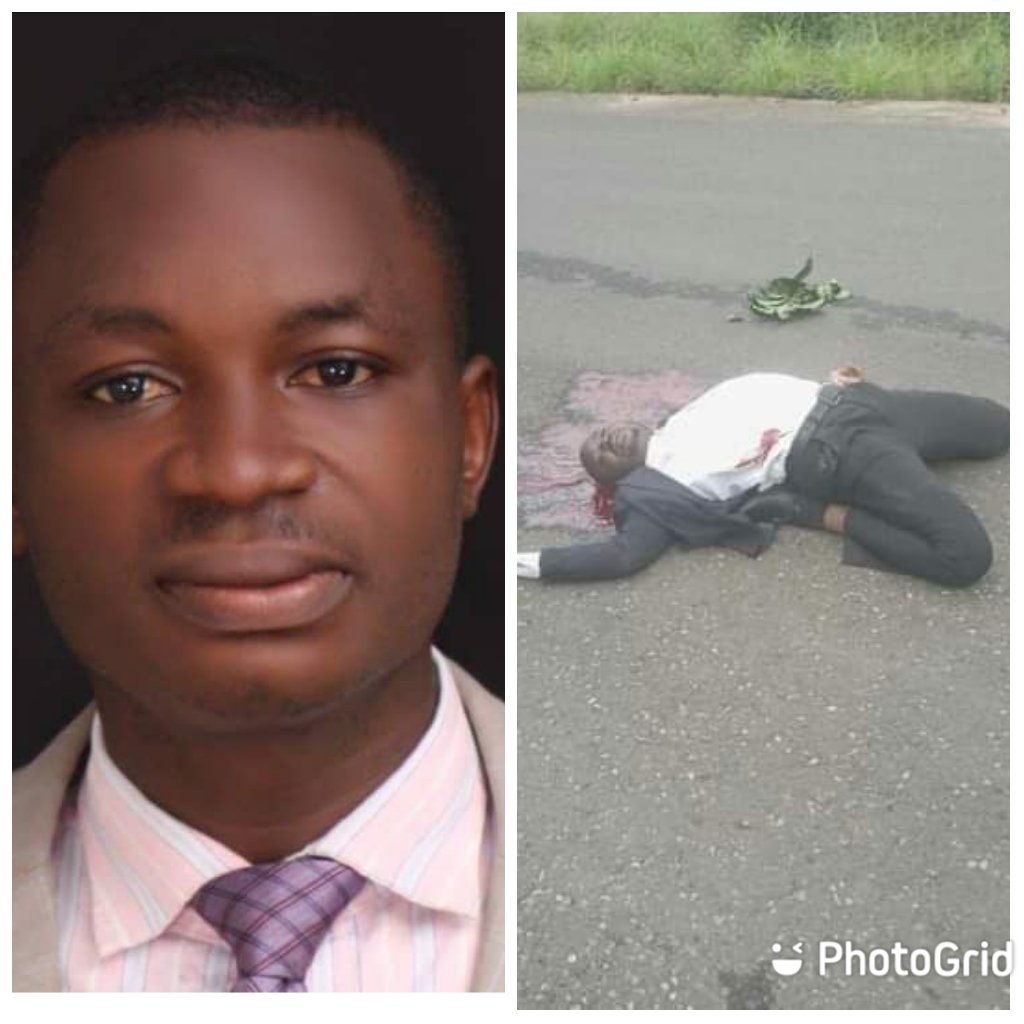 A newly married man identified as Ajah Ogbonnaya has been gunned down by unknown gunmen in the Isu/Onicha Igboeze Local Government Area of Ebonyi State.

Late Ajah who was a practicing lawyer in Abakiliki was killed on Thursday while driving in his Highlander jeep.

Trooping to Facebook, his friends revealed that Ajah was on his way to court for a matter when he was killed by unknown gunmen on his knees.

It was also gathered that late Mr Ajah got married on April 2021 and has an expectant wife.

His friend great_ivoh wrote; “Yesterday I got the most shocking call of my life. “…they have killed your friend”. I panicked. Then they mentioned Barr Ajah. I’m in pain. Just wedded in April, a pregnant wife. What’s this life?. They shot you my dependable ally. Nigeria failed you. RIP bro. RIP💔😭 He was practising law in Abakaliki. A graduate of UNN.He was very intelligent. He bought a Highlander jeep shortly after his wedding. He was driving in it when he ran into gunmen operating in Onicha LGA of Ebonyi state. They killed him and left with his car after burning theirs. Some said I should not have posted the graphic image. Yea I wish I could delete it but it has already gone viral in other platforms. I find it even hard to look at it. But it just shows how gruesome his murder was-on his knees. He almost had no enemy. He was easy going 😭😭.”