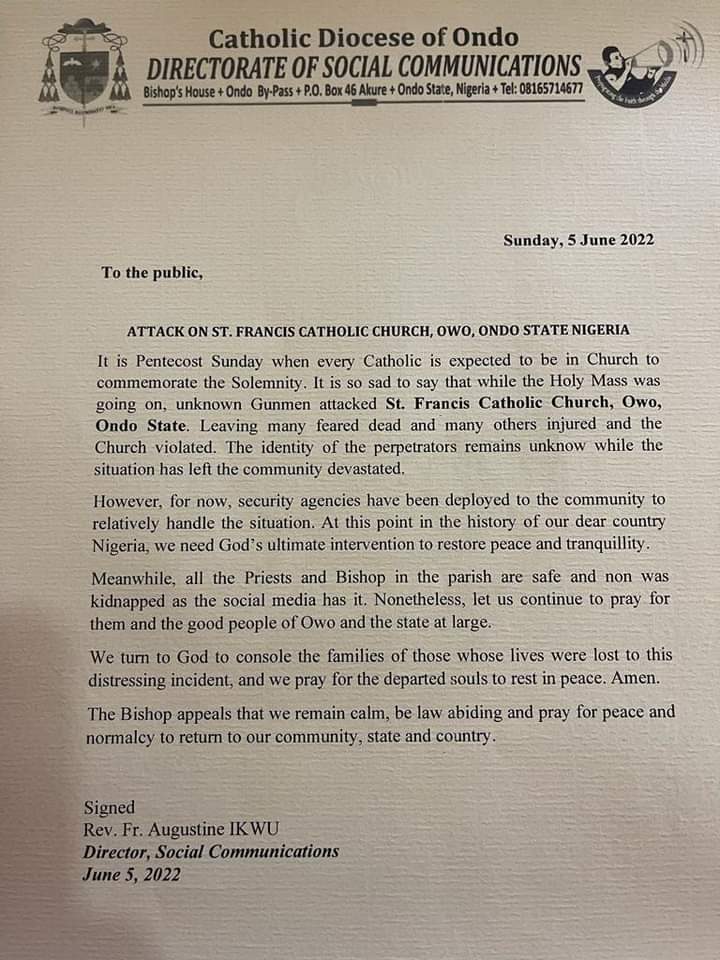 The Catholic Diocese of Ondo State has revealed that no Priest or Bishop was kidnapped following the invasion and killing of worshippers in St. Francis Catholic Church in Owo Kingdom by unknown gunmen in the State on Sunday.

A statement by the Director of Social Communications, Rev. Fr. Augustine Ikwu on Sunday revealed that St. Francis Catholic Church was attacked on Pentecost Sunday as the holy mass was ongoing, killing many and leaving others injured.

Fr. Ikwu revealed that the situation has devasted the people of Owo Kingdom while stating that security operatives have been deployed to the community.

The priest on all Nigerians to pray for the families of the victims and the country at large for peace and tranquillity.

Recall that St. Francis Catholic Church was attacked by unknown gunmen on Sunday and more than 50 worshippers were killed on Sunday.

Ondo State Governor Rotimi Akeredolu has vowed to hunt down the assailant while appealing for peace and calm in the State.