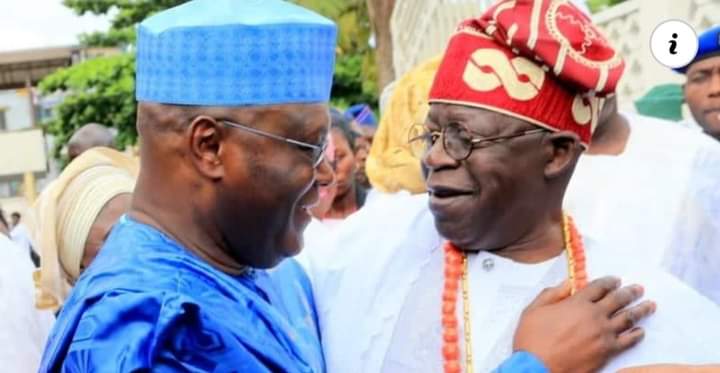 Atiku and Tinubu are very close personal and political friends who’re more alike than unlike. If you fight yourselves over support for or opposition to them, na you sabi.

Tinubu told American diplomats in Lagos in 2003, in cables exposed by WikiLeaks in 2011, that his decision to go into partisan politics was inspired by Atiku.

“Tinubu praised Vice President Atiku Abubakar, whom he has known for many years,” the Consul General wrote in cables WikiLeaks brought to light in 2011.

“Elaborating on his knowledge of the VP, Tinubu said he has known and understood the VP even before his entry into politics. Atiku is a detribalized politician who knows where he is going and how to build bridges to get there.”

The Consul General also wrote that, “Tinubu credits his going into politics to Atiku’s personal encouragement.”

You wouldn’t guess that going by the way they and their agents tore at each other—or at least pretended to— in the 2019 presidential election.

I’ll be watching the 2023 presidential election from the sidelines.