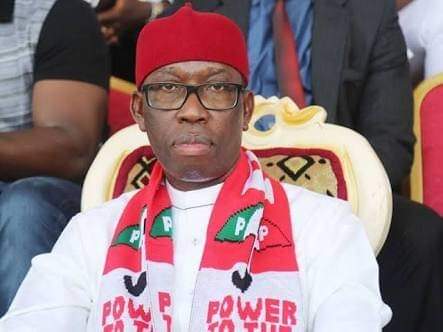 Atiku Abubakar decided to play safely in his choice of a running mate. Okowa is a meek, lacklustre, barely politically visible governor who may neither help nor hurt Atiku’s chances in 2023.

As a “Delta Igbo” person, he has never been known to deny his Igbo ethnic identity, as many people from his part of Nigeria do–or used to do. So, the worst emotion he will stir among “mainstream” Igbo people is indifference.

Well, he is still a way better choice than the compulsively combative Wike who is Ikwerre, a group that shares enormous linguistic and cultural similarities with Igbo but most of whose people intensely resent even the remotest suggestion that they’re Igbo.

Wike, unlike Rotimi Amaechi who is also Ikwerre, is particularly aggressive in taking umbrage at being mistaken for an Igbo person, and goes out of his way to pick public fights with Igbo groups.

So, choosing Wike as Atiku’s VP would have alienated Igbo voters in really dramatic ways. Plus, Wike is a disruptive, undisciplined, perpetually drunken clown who would bring the whole house down if he doesn’t have his way. In other words, he doesn’t have the temperaments to be a VP.

But there are risks. Wike may not actively work against Atiku, but he is unlikely to go out of his way to help him, either. That may add up to a lot of lost votes.

Okowa may also not able able to excite the passions of the multiplicity of ethnic minority groups in the deep south whose votes Atiku needs.

This is not only because Okowa isn’t a political steamroller in the region but also because his Igbo ethnic identity may count against him in light of the quiet but nonetheless visible tensile stress in the relations between Igbos and ethnic minorities in the defunct Eastern Region, which Okowa’s people weren’t even a part of.

(Delta Igbos used to be in Western Nigeria and later in the Midwest Region, along with the Edo people, before state creation, which put them in Bendel State).

Atiku’s biggest problem, though, is the inexorably surging popularity of Peter Obi, his former running mate, in all of Southern Nigeria, particularly in the Southeast and the South-south.

The 2023 election promises to be one of Nigeria’s most competitive elections–if it will be free and fair, that is.