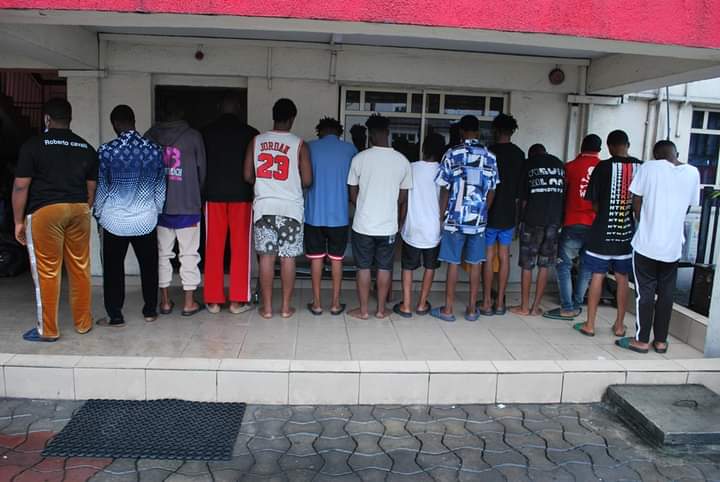 Operatives of the Port Harcourt Zonal Command of the Economic and Financial Crimes Commission, EFCC, have arrested 13 suspected internet fraudsters.

They were nabbed in the early hours of Thursday, July 28, 2022, in a sting operation at various locations in Port Harcourt, Rivers State.

Items recovered from them include cars, mobile phones of different brands, ATM Cards and Laptop computers.