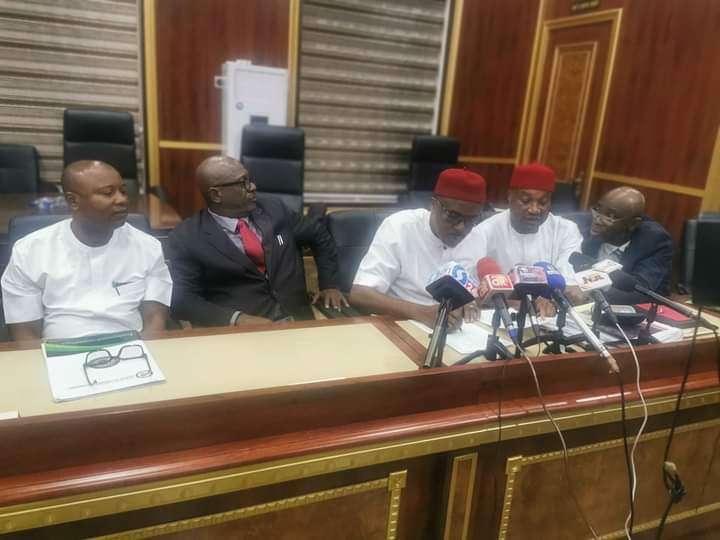 Imo State Government has approved the relocation of the cattle market in Okigwe to a new location.

He said the present location of the market was close to boundary between Imo and Abia, making it difficult to ascertain which state to take responsibility for their actions or when anything happens to them.

“There has been a lot of claimants to the land, as to those who are entitled to what comes out of the place between communities in Imo and Abia. If we are able to resettle those who want to operate in Imo to a particular location, we will be able to have a database of operators of the market in Imo, so if anything untoward happens, we will be able to know who to refer to.

“A lot of time people complain about illegal occupation of farmlands by cattle rearers. If we are able to get them together at a particular location, under the territory of Imo State, it will help us to control their activities and assure our people that nothing untoward will happen to them by the presence of the cattle breeders”.

He said council directed the Commissioner for Labour and productivity, Commissioner for Finance and the Chief Economic Adviser to the Governor, to quickly create employment opportunities for Imo youths in the digital economy world, as Commissioner of finance is expected to incorporate aspects of the N-Cares Programme to see that youths of the state get quickly engaged.

“For example, if you are a graphics designer, you can get job, even from people overseas”.

He said council commended Imo Grasshoppers female handball team for qualifying to represent Nigeria at African handball tournament in Tunisia, coming up between September and October 2022.

Also according to Onuegbu, council gave approval for the formalization of the Imo Vigilante outfit, popularly called Ebubeagu, which had been given a legal backing by a law of the Imo State House of Assembly. He said the formal presentation/ launching of the security outfit will be on August 23.

Also according to Onuegbu, council commended Governor Uzodimma for exploring the cordial relationship between the state and federal government to amicably settle the state’s indebtedness to the Assets Management Corporation of Nigeria (AMCON) to reclaim ownership of Imo Standard Shoe Industry for the state.