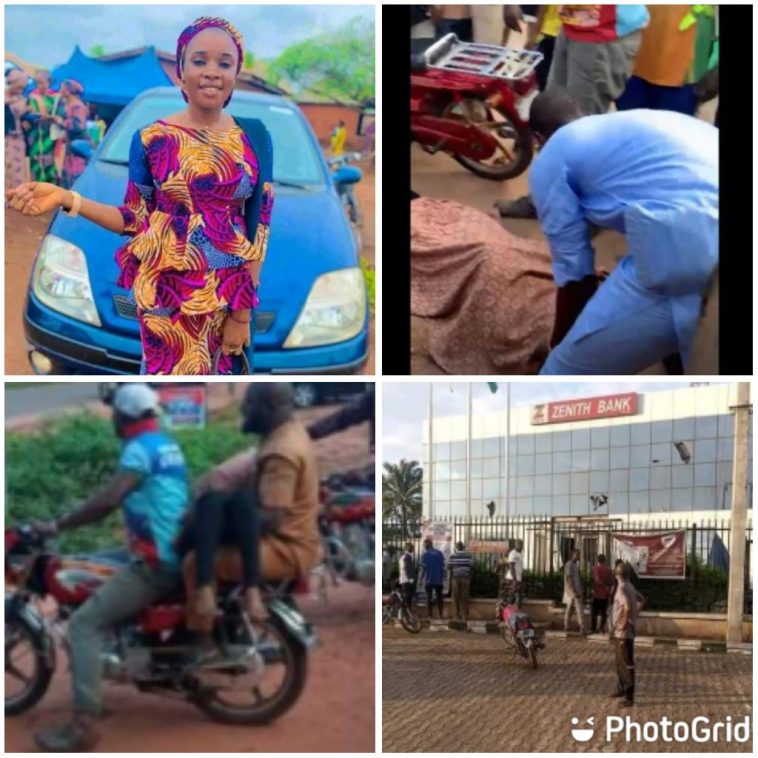 One person identified as Ummi, a female who graduated from Glory Land Polytechnic Ankpa last two weeks has been confirmed dead following a bank robbery attack at First Bank and Zenith Bank in Ankpa Local Government Area of Kogi State.

Some persons including a victim, Hassan Fine Boxer were also hit by stray bullets during the attack which happened on Tuesday afternoon and lasted for nearly an hour without interruptions from security operatives.

It was also gathered that the robbers invaded the Ankpa Divisional Police Station where the DPO sustained injuries while trying to foil the robbery attack. The robbers succeeded in carting away rifles.

The robbers stormed the facilities in several vehicles including buses, saloon cars and several motorcycles while shooting sporadically.

They proceeded to blow up the security doors and ransacked the buildings and left through the Akpor road.