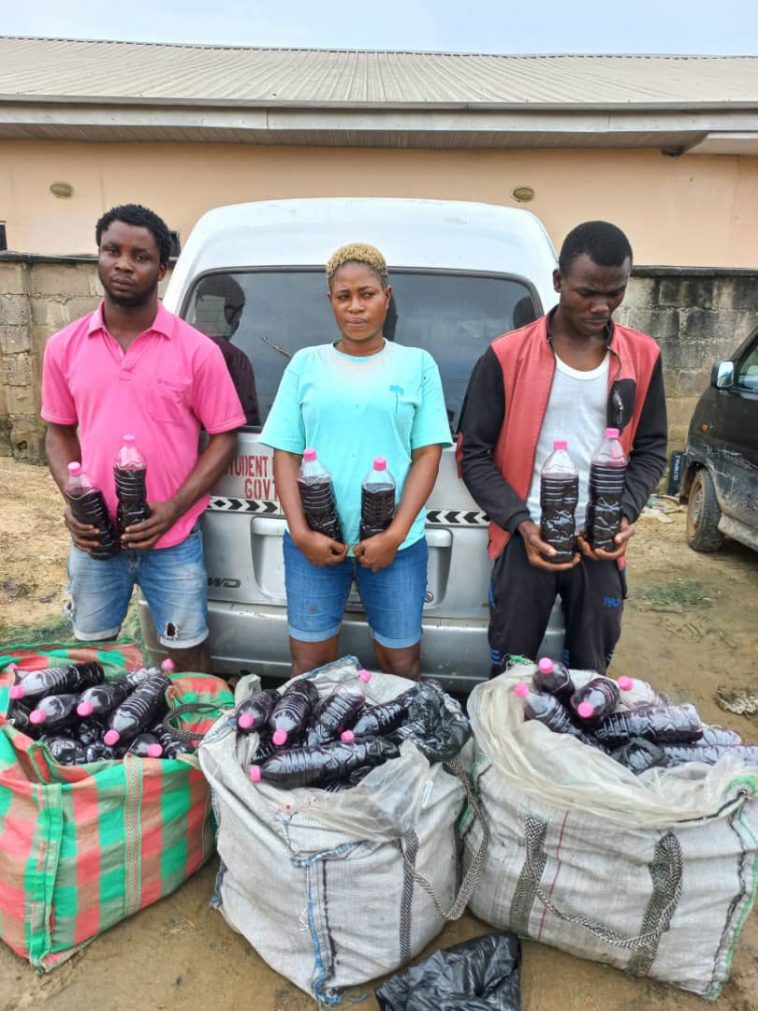 Three suspects have been arrested while conveying bottles of Skuchies in a Suzuki minibus at Igbo Agowa, Ikorodu in Lagos State on Tuesday.

Skuchies are alcoholic drinks laced with a mixture of different types of drugs and served at most parties to intoxicate and excite partygoers.