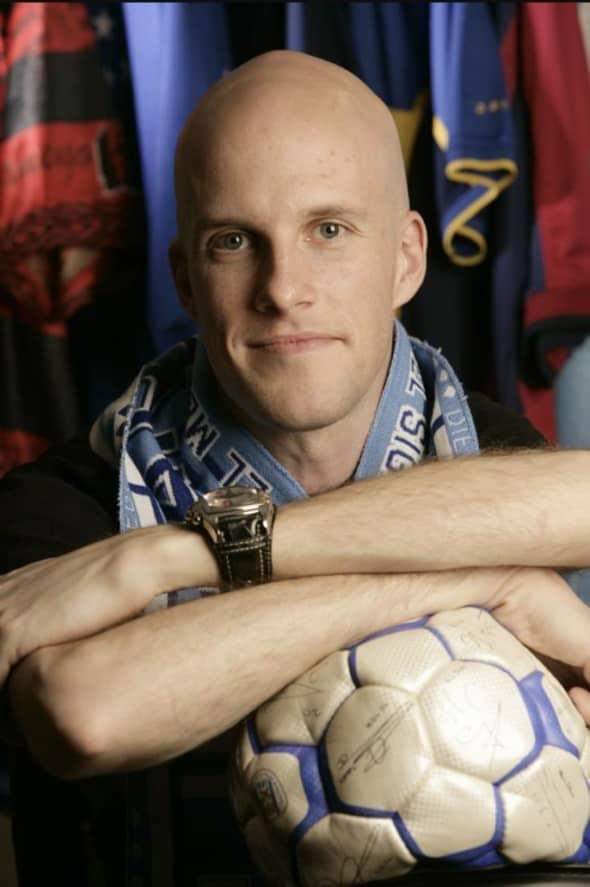 Eric Wahl, the brother of American Sports Journalist Grant Wahl has stated that the veteran journalist died after he received death threats in Qatar where he was covering the World Cup.

Grant had slumped on Friday night during the match between Argentina and the Netherlands and was immediately attended to by paramedics.

ESPN reports that Wahl fell back in his seat in the press box at Lusail Iconic Stadium during extra time and reporters adjacent to him called for assistance.

However in an Instagram post, the younger brother of the journalist revealed that Grant was in perfect health condition but complained aboyt the the threats hw had received.

“My name is Eric Wahl. I live in Seattle, Washington. I am Grant Wahl’s brother. I’m gay. ”

“I’m the reason he wore the rainbow shirt to the World Cup. My brother was healthy. He told me he received death threats. I do not believe my brother just died. I believe he was killed. And I beg for any help.”

In his website, Wahl who was detained for 25 minutes at the Ahmed Bin Ali stadium in Al Rayyan, then was let go by a security commander wearing a rainbow-coloured T-shirt, had written on Monday on his website that he had visited a medical clinic while in Qatar.

“We’re still trying to find out. He collapsed at the stadium, was given CPR, was taken by Uber to hospital and died, according to Celine [Grant’s wife],” Eric explained. “We just spoke with the state department, and Celine has spoken to Ron Klain and the White House.”

U.S. Soccer Statement On The Passing Of Grant Wahl: pic.twitter.com/CBp1mCK1mQ

US State Department spokesman Ned Price tweeted late on Friday: “We were deeply saddened to learn of the death of Grant Wahl and send our condolences to his family, with whom we have been in close communication.

“We are engaged with senior Qatari officials to see to it that his family’s wishes are fulfilled as expeditiously as possible.”

US Soccer said: “The entire US soccer family is heartbroken to learn that we have lost Grant Wahl.

“Fans of soccer and journalism of the highest quality knew we could always count on Grant to deliver insightful and entertaining stories about our game and its major protagonists: teams, players, coaches and the many personalities that make soccer unlike any sport.

“Here in the United States, Grant’s passion for soccer and commitment to elevating its profile across our sporting landscape played a major role in helping to drive interest in, and respect for, our beautiful game.

“As important, Grant’s belief in the power of the game to advance human rights was, and will remain, an inspiration to all.

“Grant made soccer his life’s work, and we are devastated that he and his brilliant writing will no longer be with us.”

A spokesman for the Supreme Committee for Delivery & Legacy (SC) said: “We are deeply saddened by the death of the US journalist Grant Wahl.

“Grant was known for his enormous love of football and was in Qatar to cover his eighth FIFA World Cup.

“He received immediate emergency medical treatment on site, which continued as he was transferred by ambulance to Hamad General Hospital.

“We offer our deepest condolences to Grant’s family, friends, and his many close colleagues in the media.”