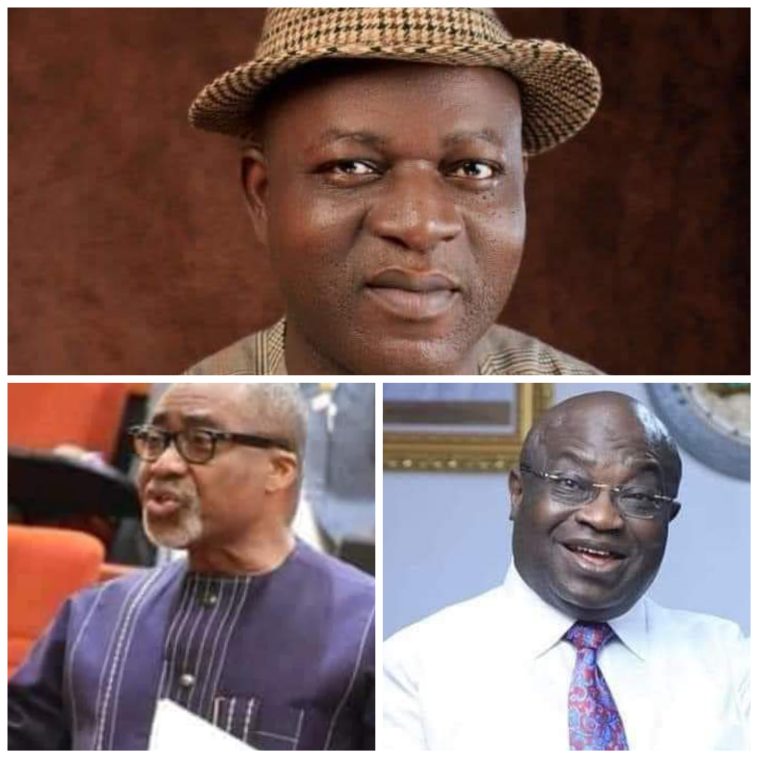 The Commissioner for Trade and Investment, Chief John Okiyi Kalu had advised the Senator representing Abia South Senatorial District Chief Enyinnaya Abaribe to hand over the baton to another after 16 years of service.

Speaking at the program Issues and Views on Enyimba 94.3 FM Aba on Monday morning, the Chairman Committee on Strategic Engagement of the Abia State People’s Democratic Party Campaign Council called on Aba people to vote for Governor Okezie Ikpeazu to represent them at the red chamber.

Chief Okiyi stated that there were three main political parties in contest ahead of the 2023 general elections in Abia State and they were; the Peoples Democratic Party, PDP,  All Progressive Congress, APC, and the All Progressive Grand Alliance, APGA.

He made it clear that Governor Ikpeazu’s interest in the Senate stems from a burning desire to solve the basic problem of Abia South which has experienced a cut-off for 16 years from Akwa Ibom, Cross River, and other states.

“Governor Ikpeazu says in four years if he’s unable to fix the Aba to Ikot Ekpene road and Aba to Port Harcourt road, he shouldn’t be voted for again. And with the work he has done in Abia State so far, PDP will retain the seat in both governorship and Senatorial elections.”

He called on the Aba people who have benefitted from the Ikpeazu administration to use their good conscience to vote for the governor as a senator.

Concluding, the former information boss reiterated that the leading party in the State understands the decorum in campaigning, the capacity to mobilize, and the nitty-gritty of elections.

Recall that Chief Abaribe was the leader of the Minority in the National Assembly before his defection to the All-Progressive Grand Alliance, APGA just before the PDP primary election last year.