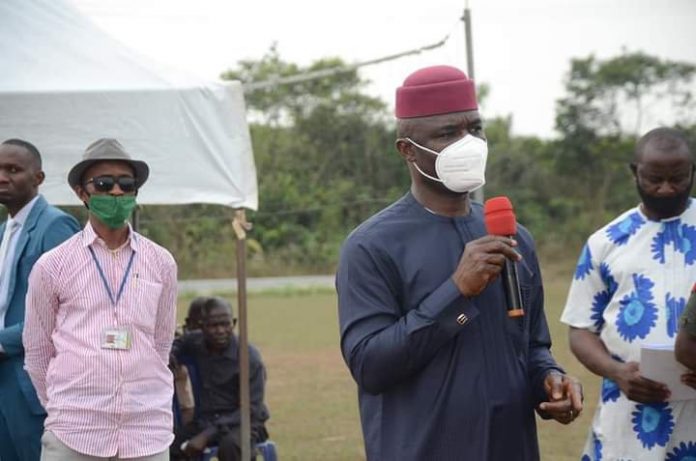 Saddened by the constant loss of lives and property as a result of boundary matters, the Abia State Deputy Governor, Sir Ude Oko Chukwu has expressed the Government’s preparedness to give the necessary support, to aid the National Boundary Commission to conduct the final delineation and demarcation of the interstate boundary corridors between Ikwuano LGA and their Ini and Obot Akara LGAs of Akwa Ibom State.

Sir Oko Chukwu who stated this during a Joint sensitization and enlightenment campaign along Abia and Akwa Ibom interstate boundary held at Army Camp, Ariam said the State is perturbed by the constant loss of lives and property as a result of boundary skirmishes which is no longer acceptable.

The Deputy Governor who is also the Chairman Abia State Boundary Committee pointed out that the people of Ikwuano and another boundary LGAs in the State are known for being law-abiding and have a peaceful disposition towards boundary issues despite the level of provocation and urged the people of Akwa Ibom and other States sharing boundary with Abia to toe the same line as life is precious and sacred. 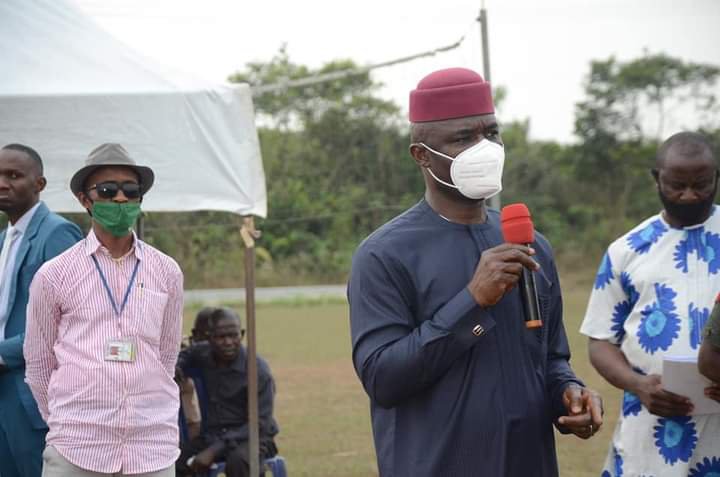 He used the forum to commend the National Boundary Commission for their concern and dedication to ensure that law and order are maintained along the border corridors.

He however maintained that physical demarcation and Field tracing of State boundary problems remains the only solution to unending boundary clashes that have continued to claim many lives and property in the State. 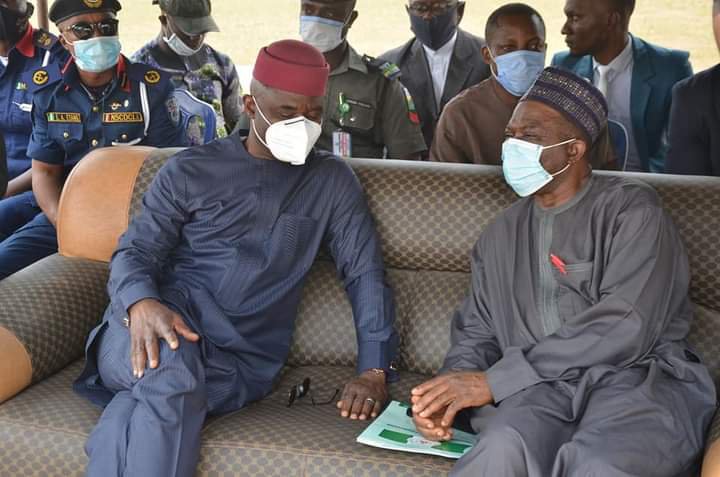 In his remarks, the Director-General of National Boundary Commission, Surveyor Adamu Adaji said the Joint sensitization and enlightenment campaign along Abia and Akwa Ibom interstate boundary was informed about the recent clashes that have led to the loss of lives and reaffirmed their commitment to perform the physical tracing and demarcation of the disputed areas.

He said the commission’s hiccups remained the claims and counterclaims by both parties involved.

Earlier in his address, the Chairman of lowland LGA, Chief Steven Mpamugo lamented that their Akwa Ibom neighbours have consistently attacked and killed many of their people as well as encroach and destroyed their farmlands and appealed to the National Boundary Commission to come to their aid by demarcating the boundaries to avoid further clashes and loss of lives.

In various remarks, Prince Henry Eleogu of Usaka Ukwu, the President General of Azunchia Ariam community, Mr Emmanuel Nwaekpe and a representative from Obeugwu Amaegbu community, Mr Emmanuel Ekumanna said they want the Federal Government and the National Boundary Commission to without further delay perform a Field tracing exercise to determine their exact boundary lines as they have suffered the untold loss of lives and property in the hands of their Akwa Ibom neighbours and thanked the Governor Dr Okezie lkpeazu for always coming to their aid when the need arises.