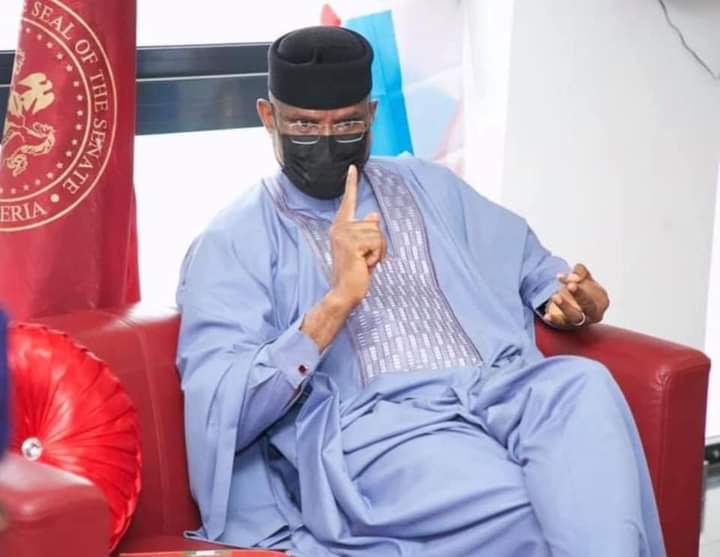 The Deputy President of the Senate, Senator Ovie Omo-Agege has called for adequate electioneering culture from both the electorate and political class in Nigeria.

Giving a goodwill message in Abuja at the launch of the Electoral Forum, organised by Electoral Hub in conjunction with the Open Society Initiative for West Africa (OSIWA), Senator Omo-Agege submitted that if other aspects of the electioneering process are defective, the electoral process itself will ultimately be flawed.

He stressed the need for all hands to be on deck in the ongoing electoral reform process.

Represented by his Special Adviser on Legal and Constitutional Matters, Dr. Daniel Bwala, the Delta Central lawmaker said, “A good electoral process can only be sustained if it is founded on an equally adequate electioneering culture. No matter how good the clauses are in our electoral laws, if the other aspects of the electioneering process are flawed, the electoral process itself will ultimately be flawed. This is to say that we need adequate and generally acceptable rules of engagement in the electioneering process. I refer to how candidates emerge on party platforms, campaign rally rules, and generally political actions toward a fair and credible political participation by voters.

“I am glad for instance that the National Assembly is now dealing with the issue of direct or indirect primaries. The obvious preference for direct primaries, for example, would have a strong salutary consequence on the challenges of dealing with select delegates at primaries, which has been a sore point in our electioneering process.

“The ongoing electoral reform process is a responsibility of us all. Those of us lawmakers are representatives of various constituent groups including geographical, professional, organisational (such as yours), social, ethnic, religious, among others. Let us therefore join hands to work out an electoral system that does not only agree with global best practices, but will make a stronger nation of our great country Nigeria”.

The electoral process, he stressed, is a central fabric of our journey in democracy, good governance and effective political participation, adding that this explains why it has occupied the front burner in all constitutional amendments since the first constitution of 1914.

According to him, there are three central dimensions to the electoral process namely: adequacy of the process; understanding the process, as well as acceptability and compliance.

He added: “For each of these dimensions your role is crucial. It would involve articulating what you see as global best practices, factor them into our history, culture and social structures, and then help fashion-out what you consider in the best interest of Nigeria as a nation.

“While there have been many more issues in our electoral history, it seems to me that if we had had adequate clauses and unambiguity of same, plus adequate advocacy, understanding and will to comply, we would have had less controversies, fewer post-election court cases and generally, a more credible electoral process”.

Yomi Odunuga,
Special Adviser, Media and Publicity, to the Deputy President of the Senate.