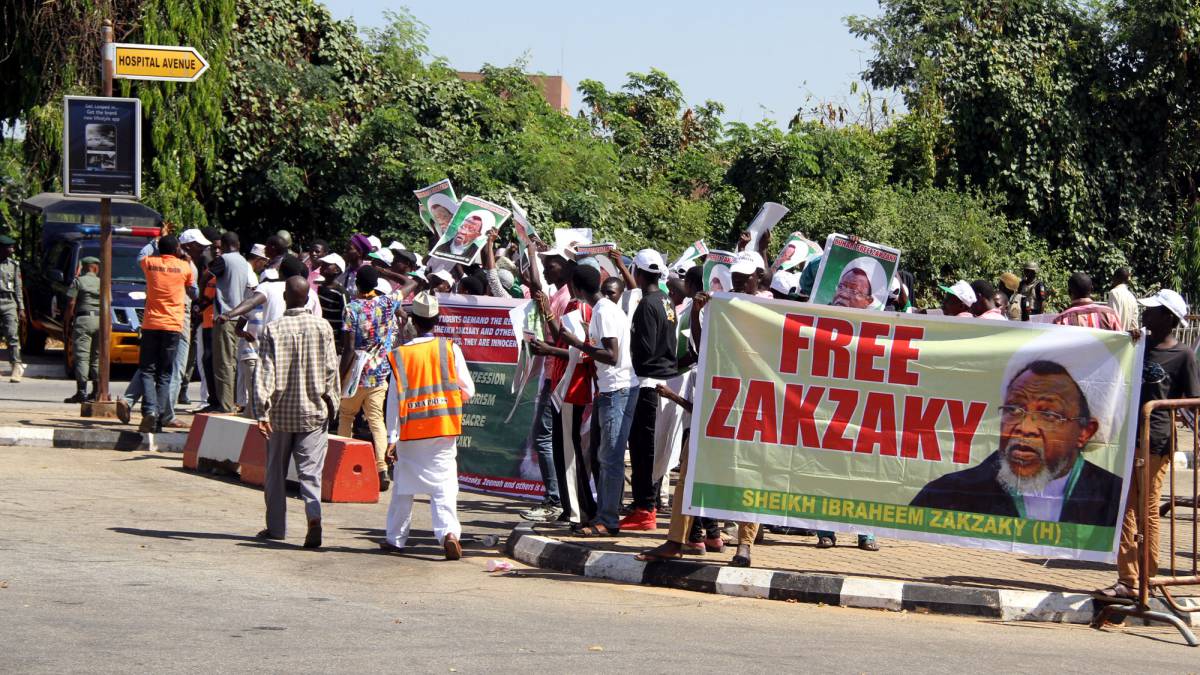 Visitors and staff at the Guarantee Trust Bank in Abuja were held hostage by the Nigerian Police on Tuesday while searching for fleeing Islamic Movement of Nigeria, IMN, members.

The IMN is also known as Shiites clashed with police officers during their annual symbolic Arbaeen Trek earlier today.

Speaking on the hostage situation, Twitter user Anita Ankeli stated theeat no one was allowed in or out of the GTB Gwarimpa branch as the Police officers revealed they were chasing some of the fleeing Shiites.

She wrote, “We were held hostage this morning at @gtbank Gwarinpa branch by officers of the Nigerian police. No one was allowed in or out of the bank,it was said that they were chasing some Shite abi Az zaki boys(not sure I spelt it right) who some ran into the bank building behind.

We heard gunshots everywhere, everyone ran,& some of the bank staffs ran inside their ‘staff only’ room. Everyone watched helplessly as the officers used guns & sticks to beat up people,some innocent who came to the bank to use the arm

I watched a man get stabbed multiple times in front of the bank & can’t say for sure if he’ll survive.When we could finally leave & I came out of the bank,the police had a check point not far from the bank,& everyone walking past that check point had to raise their both hands up

I cried seeing people being beaten & knives being used on them,anyone around 3rd Avenue this morning can attest to this.I’m not sure where Nigeria is going,but this nation shows you different dimensions of things you’ve never seen & it’s sad

It was a chaotic scene this morning. Thankfully I’m safe, I hope the man stabbed will be too. Nigeria is very draining.”