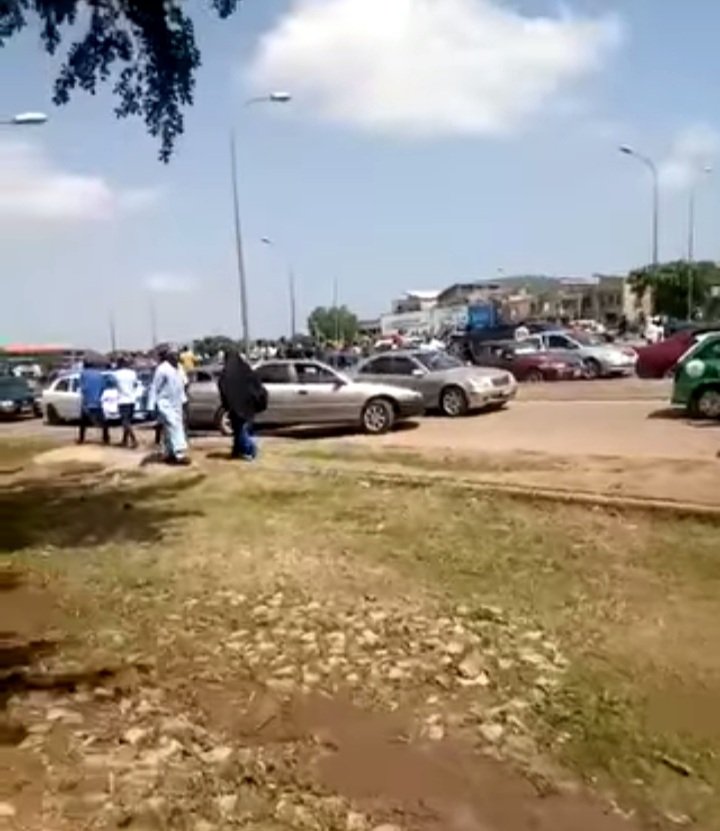 Six persons have been killed in a clash between the members of the Islamic Movement of Nigeria (IMN) and security operatives in Abuja.

The incident happened on Tuesday as the group also known as Shi’ites were observing the annual symbolic Arbaeen Trek.

Police officers opened fire on them near the Gwarimpa gate in the Federal Capital Territory as the groups were chanting songs as they protest and match.

Secretary of the Academic Forum of IMN, Abdullahi Musa, confirmed the clash to Sahara Reporters saying, “They are just shooting people. As I am talking to you now, six people have been killed. They even carried some dead bodies away.”

On Monday, the Nigerian Police had beefed up security in major areas of the Federal Capital Territory (FCT), Abuja, in preparation for the Shi’ites annual procession.