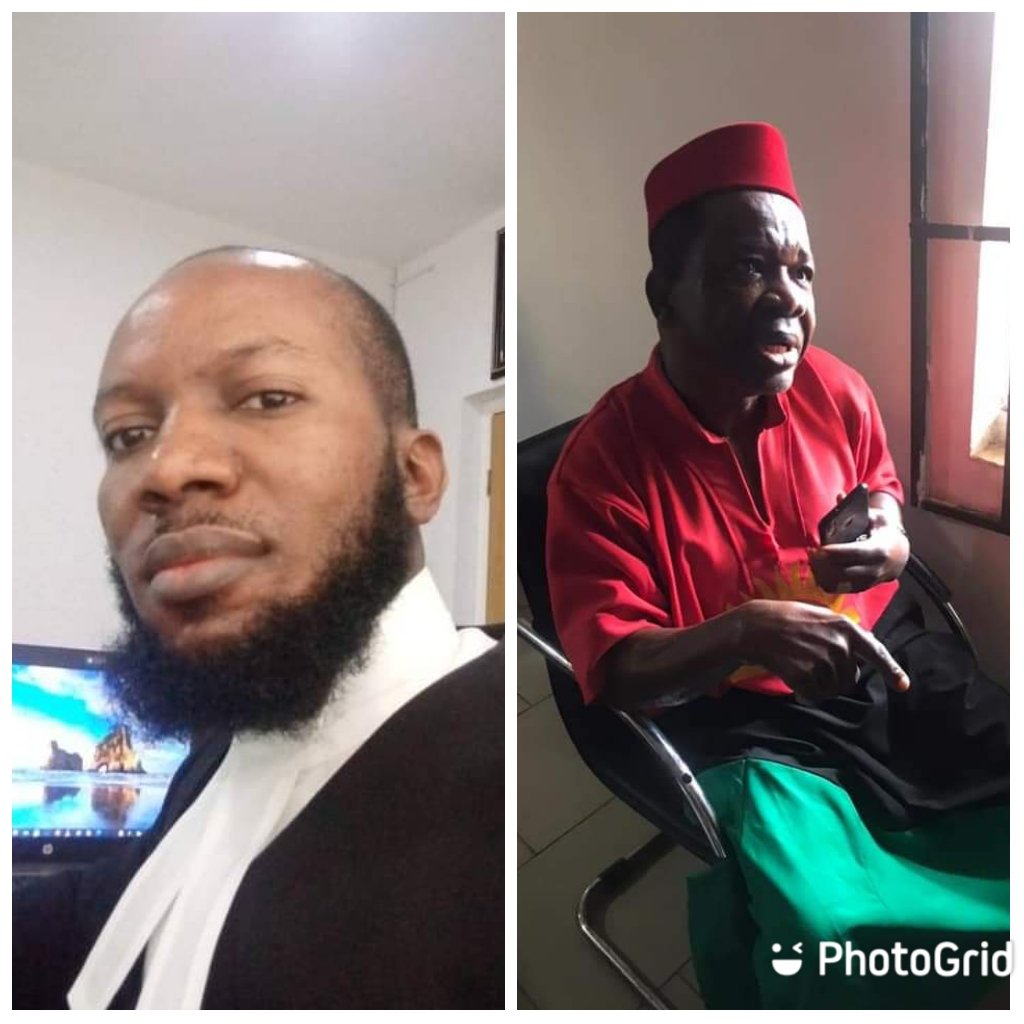 The harassment and arrest of celebrated Nollywood actor, Mr. Chiwetalu Agu, on Thursday, 7th October, 2021 by the Nigerian Army is illegal, unconscionable and unwarranted. The actor has not committed any criminal offence known to law. The Nigerian Army should stop ridiculing itself before the international community.

Supposing without conceding that the dressing of the legendary actor amounts to “incitement” as claimed by the Army, it is the Nigeria Police Force that should have responded. There is no evidence of incitement against him. Nothing was inscribed on the said cloth to incite the public.

Is the Army suggesting that wearing clothes with certain colours or identifying with certain colours amounts to inciting people to violence or that any colour identical to the Biafran flag is inciting?. That will be a dangerous proposition. If they are convinced about such whimsical argument, the government should test it in a competent court of law. The allegation that he is recruiting for or supporting IPOB is unsupported by evidence. It is a way of calling a dog a bad name in order to hang it. Discerning Nigerians can see through the smoke screen.

The military has no power in a constitutional democracy to arrest citizens; except in very special and exceptional circumstances like during war, state of emergency, insurrection or riot. Even at that, it has to be shown that the Police has been overwhelmed. That is the purport of Section 217 of the 1999 Constitution which limits the role of the Armed Forces to defending the territorial integrity of Nigeria and acting in aid of civil authorities. Is Nigeria at war?

What did Chiwetalu Agu do that overwhelmed the Nigeria Police Force to warrant the Army stepping in to aid the police in arresting him?

We have become so used to lawlessness, impunity and flagrant disregard for the fundamental rights of citizens that we now condone whatever nonsense is thrown at us by the authorities.

Wearing a cloth with colours similar to the Biafran flag is not defined as an offence under any written law in this country. It is IPOB that was proscribed, not Biafra.

A significant portion of the Nigerian population still sees Biafra as an idea. No government can kill an idea that people are emotionally attached to by deploying the military. History has shown that the best way to defeat an idea is by propagating a superior and more persuasive idea. In the last six years, the Buhari regime has been propagating the idea that the best way to govern a diverse country like Nigeria is by pursuing a vindictive policy of exclusion, religious bias and ethnic supremacy which has further polarized the citizens and isolated different parts of this country.

By promoting nepotism and ethnic irredentism, Buhari is not qualified to propagate a Pro-Nigeria ideology that can counter the renewed agitations by a section of the South East for Biafra. Rather than heal old wounds, Buhari is ferociously opening new ones. Yet, he continues to parrot the fallacy that the unity of Nigeria is non-negotiable.

While I wholeheartedly condemn the wanton killings in the South East and the ensuing violence, there should be no tolerance for high-handedness and blatant disregard for the rights of the citizens. Rules of Engagement must be strictly followed.

By the combined effect of Section 36 (8) and (12) of the 1999 Constitution, an act or conduct is only a crime if it is so defined in a written law which must also prescribe the punishment for the offence. The Supreme Court had resolved this matter long ago in the celebrated case of AOKO V. FAGBEMI (1961) 1 NLR 400 and more recently in the case of GEORGE V. FEDERAL REPUBLIC OF NIGERIA [2014] ALL FWLR (pt. 718) 879.

The very idea of telling citizens what colour of cloth to wear is not only ludicrous but offensive. We are not in Communist China or North Korea.

It is a sad commentary that the Buhari regime is working day and night to turn Nigeria into a police state.

If the military authority has a movie role for Chiwetalu Agu, they should approach him with respect with their offer and desist from making a mockery of the security situation in the South East. The attack on Chiwetalu Agu is a painful reminder that the Buhari regime is ruling Nigeria with the mindset of the civil war.

Under this regime, peaceful young Nigerians were shot and killed by the same Nigerian Army while raising the Nigerian flag and singing the national anthem at the Lekki Toll Gate. Till date, no single soldier has been court-martialed for that abominable desecration of what is supposed to be sacred national symbols. Yet, the same Army arrested Chiwetalu Agu for wearing a cloth identical to the Biafran flag.

In other words, under the draconian Buhari regime, both ‘Biafran colours’ and Nigerian colours are symbols of “incitement” with severe punishment that includes death. That is not how to build and unify a nation.

The Army should apologize to the iconic actor and pay him adequate compensation for subjecting him to harassment and public humiliation.