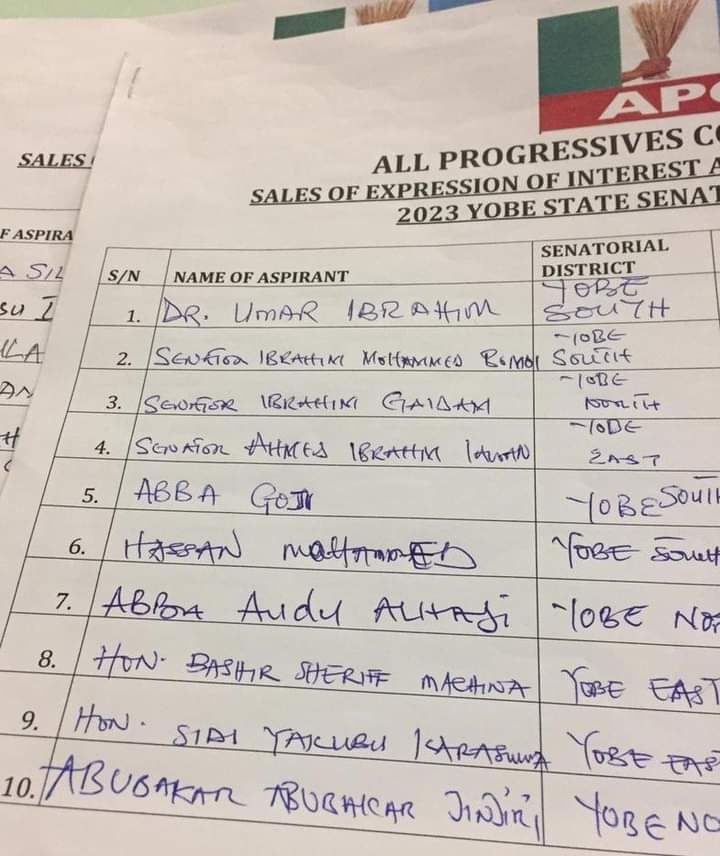 Senate President Ahmed Lawan’s last-minute entry into the APC presidential primary contest is shaping up to be the first real crucible of the independence and credibility of INEC.

Yesterday, the Inter-Party Advisory Council (IPAC), which comprises the 18 registered political parties in Nigeria, reportedly requested INEC to extend, by 37 days, its June 3 deadline for political parties to turn in their nominees for the 2023 election.

Anyone who is paying attention would know that this move was in all likelihood sponsored by the leadership of the APC, which has dragged Ahmad Lawan to run for the APC presidential ticket in anticipation of the emergence of a northerner as PDP’s candidate.

(As this screenshot someone shared with me shows, Ahmad is still in the running for reelection as a Senator for Yobe East. He’s number 4 on the list.)

IPAC’s request for an extension of the deadline for political parties to submit the names of their candidates to INEC for the general election is curiously coterminous with Lawan’s emergency amendment of the Electoral Act to legalize his eleventh-hour entry into the presidential race–and to reshape the APC primary contest.

Any extension is calculated to buy him time to send the amendment to the House of Representatives and to Buhari for his assent.

The amendment to the Electoral Act allows “for the participation of what is generally known as ‘statutory delegates’ in the conventions, congresses, or meetings of political parties.”

Interestingly, as recently as five days ago, INEC insisted that its “deadline is firm and fixed.” That’s impressive.

Well, should INEC buckle under and extend the deadline that “IPAC” has requested, that would be the first, firm evidence that INEC is in bed with APC and can’t be trusted to conduct a free and fair election in 2023.

If it resists, however, we have a reason to hope that it’s committed to a just and transparent electoral conduct next year. Of course, we should still be vigilant.