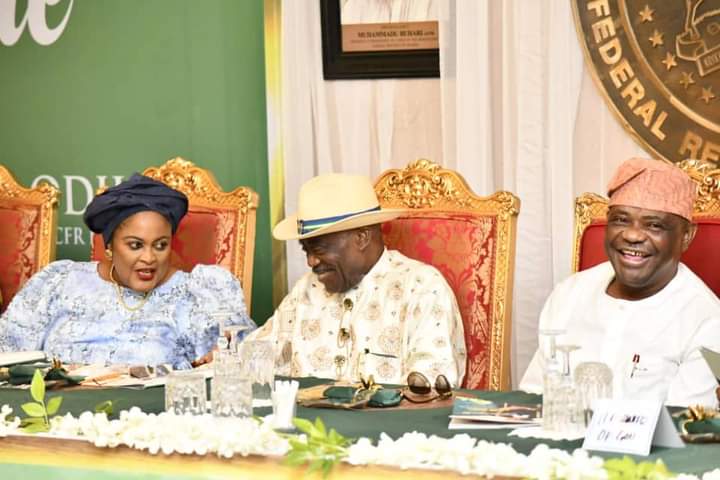 Governor Nyesom Ezenwo Wike of Rivers State says those accusing judiciary in Nigeria of being corrupt, are not clean themselves.

He noted that while corruption in the judiciary undermines the courts’ credibility, those who often are quick to throw tantrum at judiciary, particularly legal practitioners, are culpable as well.

Governor Wike made this assertion on Monday night during a state banquet organised at the Government House, Port Harcourt, in honour of Hon. Justice Mary Peter Odili, on her 70th birthday and retirement from the Supreme Court of Nigeria.

Ahead of the 2023 general elections, the governor urged State High Courts to abide by the provisions of the new Electoral Act, which prohibits them from handling pre-election or electoral matters. According to the governor, some State High Courts are already acting in contravention of the law.

“The truth is that the Electoral Act says anything about pre-election or electoral matters, is now to be decided by the Federal High Court.”

Governor Wike declared he will remain eternally grateful to Hon. Justice Mary Odili, for creating the opportunity for him to meet her husband and former governor of Rivers State, Dr. Peter Odili, when he ventured into active partisan politics in 1998.

The Rivers State governor reiterated that there is no politician serving at the federal or state level since 1999 that will deny the fact that they did not pass through the tutelage Dr. Odili.

He said despite the generosity of Dr. Odili and his family, some of those whom they had helped politically, have regrettably betrayed and humiliated them.

Governor Wike further explained that Dr Odili’s insistence that someone from the Ikwerre extraction should succeed him as governor in 2007, earned him some enemies.

“Unfortunately, we the Ikwerre people whom he said should be governor are ones that put him in the witness box. But I want to appeal to him, forgive, you are a Christian. You are a Christian, forgive all of us.”

Governor Wike, who recalled how the Odili family suffered blackmail and humiliation because of him, vowed never to grieve or engage in act that will bring them into disrepute.

He reaffirmed that Dr. Odili’s fatherly counsel has been one of the reasons why he has succeeded in the governance and transformation of Rivers State since 2015.

In his remarks on behalf of his family, former Rivers State governor, Dr. Peter Odili, said all through his wife’s career as a judicial officer, he never for once attempted to influence her in any matter.

Dr. Odili recalled two instances when a late traditional ruler in Port Harcourt and his extended family members from Ndoni had approached him to intervene in matters before his wife’s court, but he declined and offered to help them pay their legal fees.

“When I finished being governor and went to Abuja to spend time with her, and a lot of political cases as you know were rolling over each other. All my friends in Abuja know and they tell each other, the moment you have case either at the Court of Appeal when she was there or at the Supreme Court, the access you use to have to come as a personal friend cease until the case is over.”

Dr. Odili thanked Governor Wike and the people of Rivers State for honouring his wife after 44 years of meritorious in the judiciary.

Represented by Justice of the Supreme Court, Justice Kudirat Kekere-Ekun, he said Justice Odili remains an inspiration to the girl child.

“My lord has shown what is possible with diligence, hard work and integrity. Through you we see that the sky is the limit.”