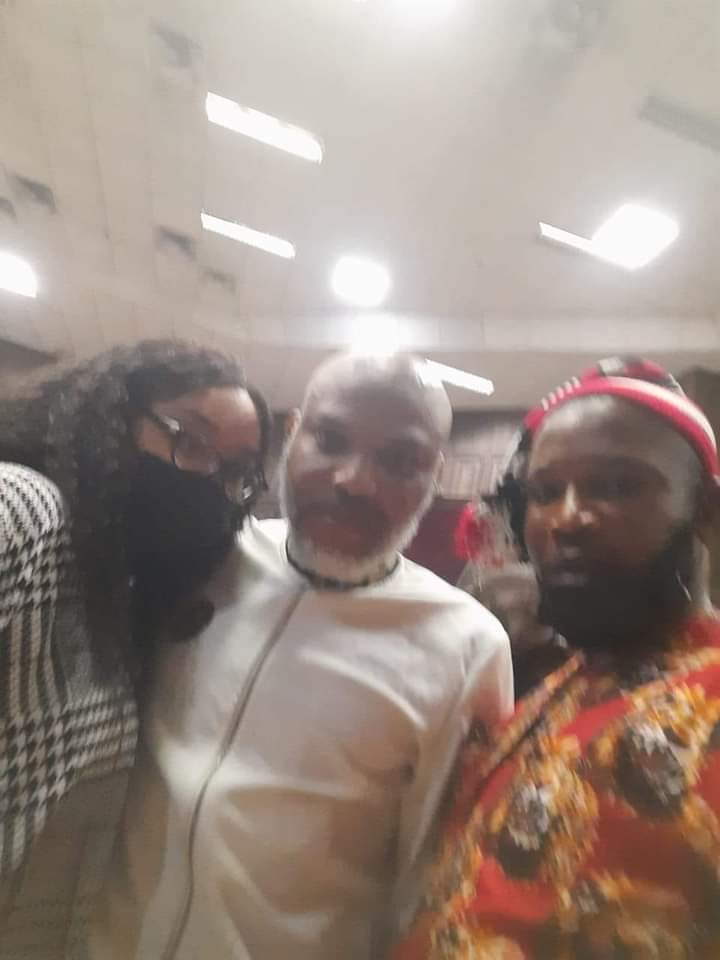 The Federal Government is set to re-arraign the detained leader of the Indigenous People of Biafra, IPOB, Nnamdi Kanu, on an amended six-count of treasonable felony.

The amendment came on a day the trial Judge, Justice Binta Nyako fixed to hear an application Kanu filed to be released on bail, pending the determination of the charge against him.

A member of Kanu’s legal team, who craved anonymity, says the FG had in the amended charge, listed some lawyers representing the embattled IPOB leader, including Misters Ifeanyi Ejiofor and Maxwell Opara, as accomplices of the defendant.

It is gathered that the FG alleged that the said lawyers, were constantly in contact with Kanu after he jumped bail and fled the country.

Justice Binta Nyako had on April 8, struck out eight out of the 15-count treasonable felony charge FG preferred against Kanu.

Justice Nyako held that the charges were mere repetitions that did not disclose any offence that could be sustained by the proof of evidence before the court.

FG had in the counts that were struck out, purported that Kanu had through his broadcasts, incited members of the public to not only stage a violent revolution but to attack police officers and also destroy public facilities in Lagos State.