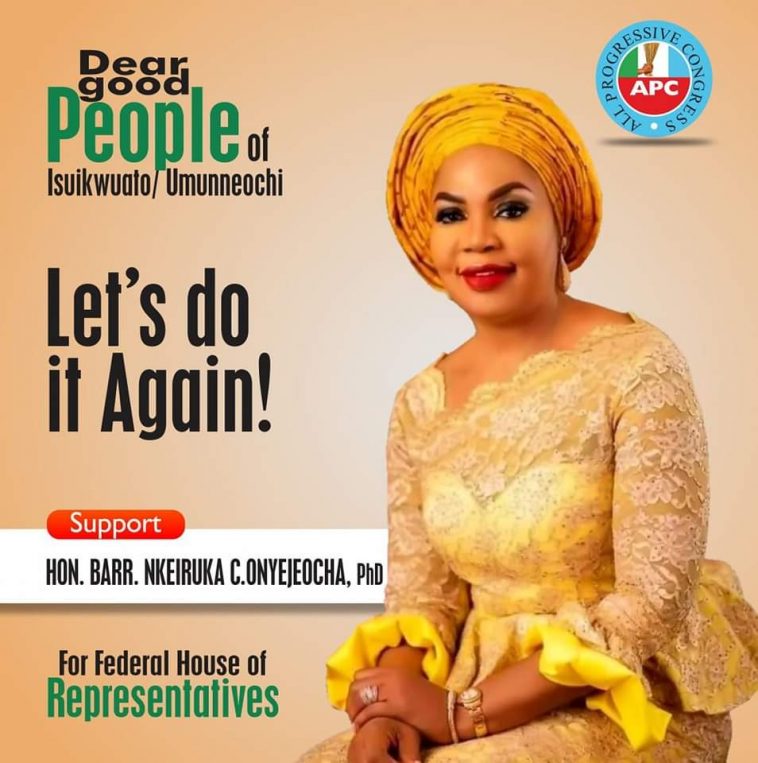 The honorable member as gathered by ALL FACTS NEWSPAPER polled the highest vote during the party primaries that held on Friday, May 28th 2022.

The victory of Nkeiruka Onyejeocha stirred high level of celebration within her supporters in the APC and Isuikwuato/Umunneochi constituents.

“Onyejeocha has done so well, imagine the erosion that was sweeping Isuikwuato away has reversed because she stood up and fought for the people. At the moment, she needs to keep doing what she is doing and that is why I am happy she won her primary election” Kelechi Uzomba said.

“All the roads you are seeing in Umunneochi is largely through Honorable Nkeiruka Onyejeocha. So, if I say Umunneochi people are happy with her, it is an understatement. We are very happy she won the primaries and we will be more happy when she wins the main election” – Ekije Eze posited.

Meanwhile, immediately after the victory of Onyejeocha, supporters trooped to her residence to congratulate her.